Lulu was better known to the Navy as the Mk 101 Lulu. According to the Atomic Archive, it “was a small implosion-type nuclear depth bomb. The Lulu exploded at a depth and time that allowed the delivery aircraft to escape.”

Lulu carried the 11-kiloton W34 tactical nuclear warhead– which was also used on the Mark 45 ASTOR torpedo, and the Mark 105 Hotpoint nuclear bomb. When assembled, Lulu was just over 7-feet long, and weighed 1,200 pounds. It replaced the earlier Mark 90 “Betty,” a device some three feet longer that carried the 32-Kt Mark 7 warhead and was withdrawn from service by 1960.

“The Lulu atomic depth bomb is the Navy’s deterrent against the control of the seas posed by the huge Communist submarine fleet. Lulu is designed for fast, accurate delivery from nearly all types of U.S. Navy planes. Examining Lulu is Robert J. Goss, a project engineer at the Naval Ordnance Laboratory, Silver Spring, Maryland, where the weapon was conceived. The nuclear warhead was designed and developed by the Atomic Energy Commission.” January 17, 1961. USN 710853 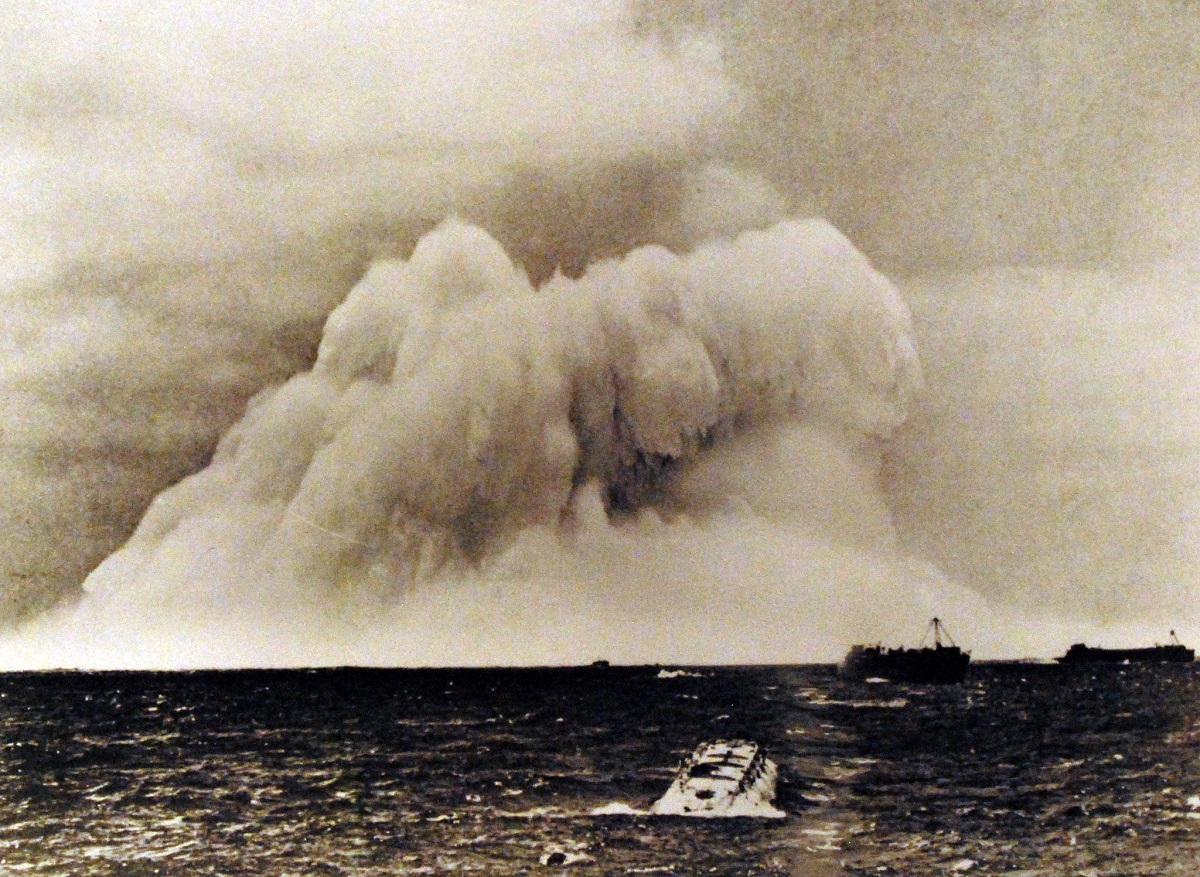 “Explosion of Underwater Nuclear Device, October 1957. The Navy’s new atomic depth bomb “Lulu” was designed to be dropped from a US Navy plane on an enemy submarine lurking beneath the surface. The vast waterspout shown, reaching hundreds of feet into the air, dominates the horizon and dwarfs the instrumentation on ships and barges. Navy experts consider the new “Lulu” weapon a major element in the US defense against the menace of an enemy’s huge submarine fleet. “Lulu” was conceived and developed by the Naval Ordnance Laboratory, Silver Spring, Maryland, in collaboration with the Navy’s Bureau of Ordnance.” 80-G-709977

Besides Trackers and SP-5A/SP-5B Marlin flying boats, it was tested on tactical fixed-wing aircraft, such as the Skyraider.

Lulu was also rated for use by ASW helicopters.

The Mk101 Lulu was fielded from 1958 through 1971 and, once it was withdrawn, the only ASW nukes left in the fleet were W44/W55-tipped ASROC/SUBROCs that continued to serve until 1989, at which point the Cold War was declared over and peace ensued.