On this day in 1822, in Point Pleasant, Ohio, Jesse Root Grant, a tanner and merchant, and Hannah Simpson Grant welcomed their first child to the planet. With his name chosen from ballots placed in a hat, the boy became Hiram Ulysses Grant, although the first name soon dropped out of common use by the family.

Speaking of names, by the time young Ulysses made it to West Point at age 17, his local Congressman had made a clerical error on his nomination to the military academy, enlisting him as U.S. Grant. Classmates soon bestowed him with a simple “Sam,” and he graduated almost dead center of his year, 21st of 39, in 1843.

Leaving the Army after 11 years, which included the Mexican War and the California Gold Rush, Grant went through a period of extreme stability and, in the end, found that civilian life did not suit him.

However, when the great war between the states erupted in 1861, Grant’s efforts to rejoin the U.S. Army were turned down by McClellan (ironically) and Nathaniel Lyon in turn, so he settled for a colonel’s appointment in the Illinois state militia. Before the autumn leaves fell, he was a Brigadier General of Volunteers.

Soon, the Western Campaigns through Missouri and Kentucky and then along the Mississippi called and Grant’s star rose meteorically, ending as the first four-star general in the nation’s history in 1866, then eventually as the Commander and Chief in 1869. 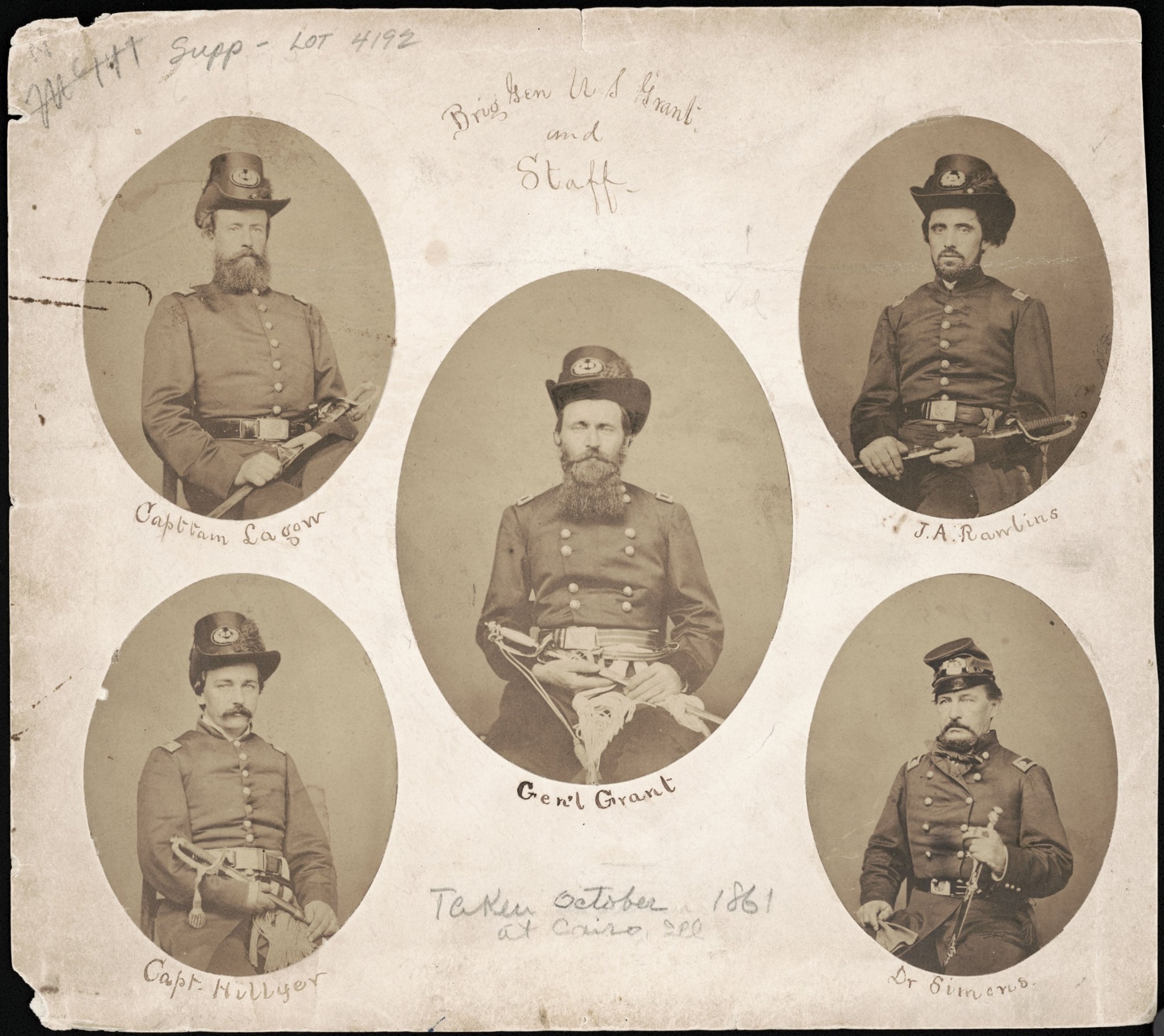 A mosaic of five photographic prints taken in Cairo, Illinois in October 1861, only 6 months into the Civil War. It shows Brig. Gen. Grant (Commander of the District of Southeastern Missouri), in the middle, with his staff officers Clark B. Lagow, William S. Hillyer, John Aaron Rawlins, and James Simons. This photo image is from Library of Congress DIG-ppmsca-55864.