Posted on May 2, 2022 by laststandonzombieisland 3 comments

From the DHS/USCGC FY2023 Budget book are a few gems including the drawdown of the once-mighty 49-ship strong Island-class 110-foot patrol boats— built between 1985-1992– the fact that at least one of the circa 1960s 210-foot Reliance-class cutters will decommission soon, and one of the 13 crews of the circa 1980s 270-foot Bear-class cutters will be disbanded as the class undergoes a Service Life Extension Program (SLEP) process to continue service for another decade (or two) as the Offshore Patrol Cutter comes onboard.

We’ve talked a bunch about the Islands in past years, and they deserve it, as they are great boats. The planned drawdown leaves just five Island-class cutters in domestic waters, three in New England and two in the Pacific Northwest, areas where smaller 87-foot boats have a tougher go of it:

USCGC Key Largo (WPB-1324) is based in Gloucester, Mass

USCGC Sitkinak (WPB-1329) is based in Portland, Maine

USCGC Cuttyhunk (WPB-13) is based in Port Angeles, Washington

USCGC Anacapa (WPB-1335) is based in Petersburg, Alaska 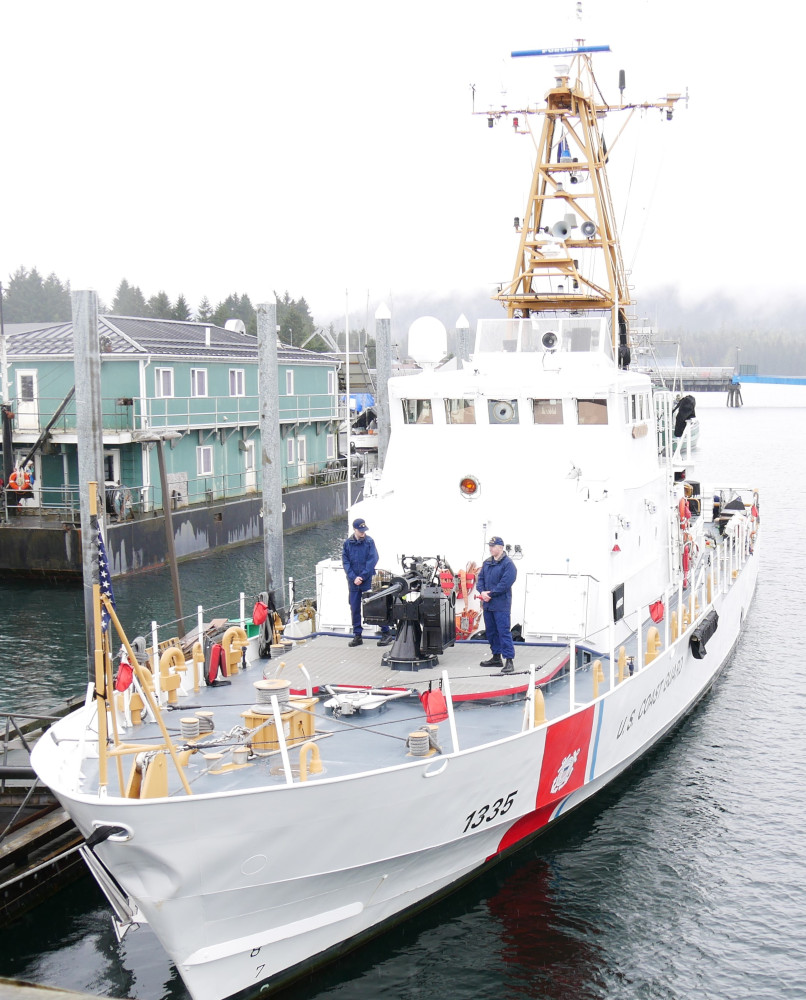 Of note, Anacapa is somewhat famous, having sunk by NGF a Japanese “zombie trawler” a few years back.

Cuttyhunk is set to decommission this week– on Thursday 5 May– after 33 years of service and will be replaced at Port Angeles by Anacapa who just shipped down there from Alaska, where she has, in turn, been based for the past 32 years.

A snippet of Cuttyhunk’s long and distinguished career: 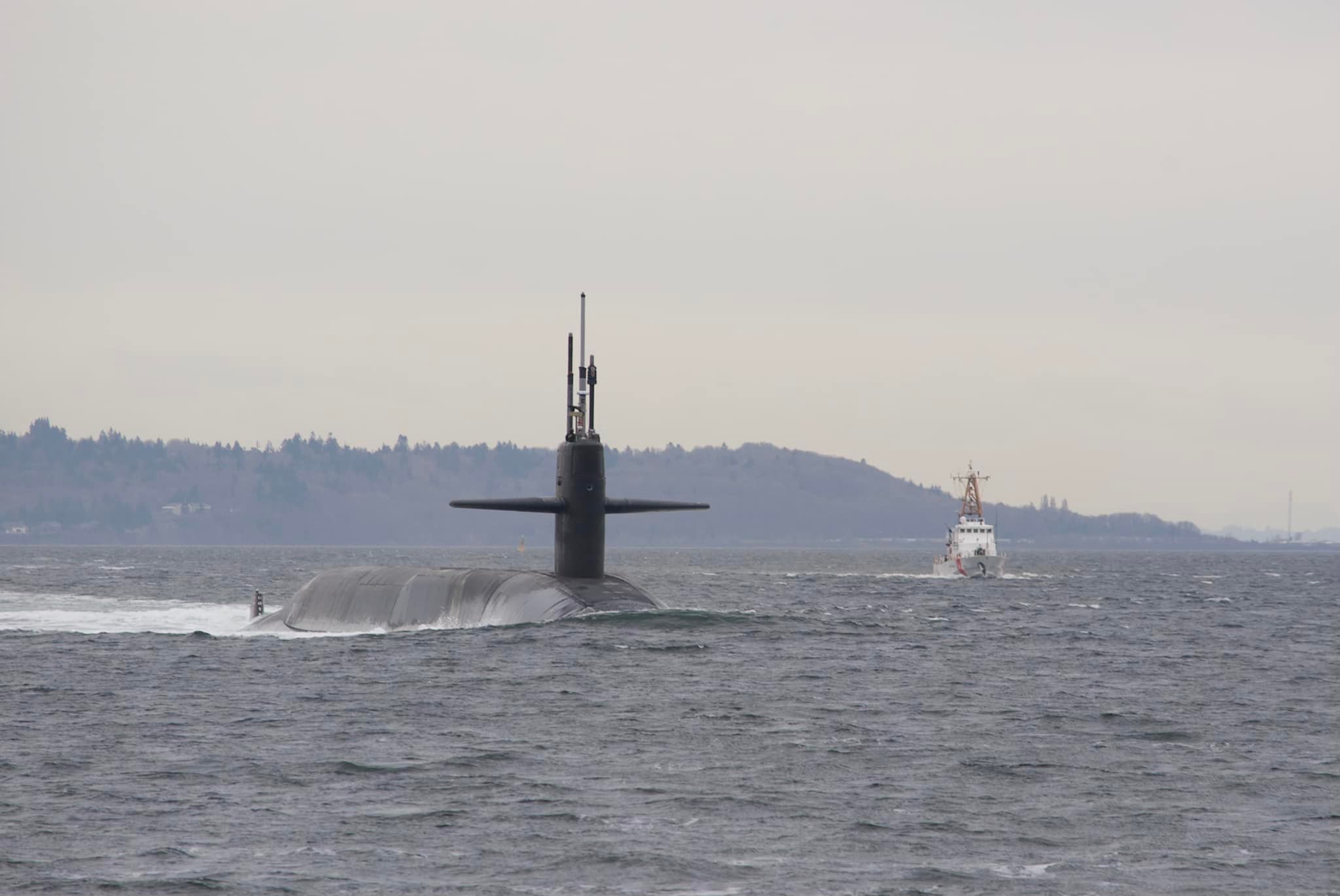 Over the past 34 years of service, Cuttyhunk’s crew conducted a wide range of operations. The cutter’s crews completed over 1,000 operations ranging from law enforcement boardings to search and rescue responses throughout the Pacific Northwest. Cuttyhunk assisted U.S. Naval Base Kitsap Bangor in several submarine escorts before Coast Guard Maritime Force Protection Unit Bangor was established to ensure the safe transport of Ship Submersible Ballistic Submarines.

Nicknamed “The Pest of the West”, Cuttyhunk assisted in one of the largest maritime drug seizures in the Pacific Northwest, near Cape Flattery, Washington, in December of 1997. More than 3,500 pounds of marijuana, estimated at a street value of $15 million, was recovered from the OK Jedi, a 60-foot sailboat with three people onboard.

And then there were four.

The Coast Guard has a habit of doing most of their repair, modernization, and SLEP work in-house, at the Government-owned CGY in Maryland. If only the Navy had such a program, right?

Anyway, USCGC Seneca (WMEC-906), commissioned in 1987, is the sixth of the 270-foot Bear-class cutters completed but is the first to complete its nine-month SLEP. Besides hull work in drydock, this included replacing generators and updating systems throughout the ship.

Incidentally, the Coast Guard Yard has been the DOD’s primary supporter of the MK 75 76mm gun, as everything that carried the old OTO Melera Super Rapid in the U.S. Navy (FFG-7, PHM, etc) has been decommissioned. 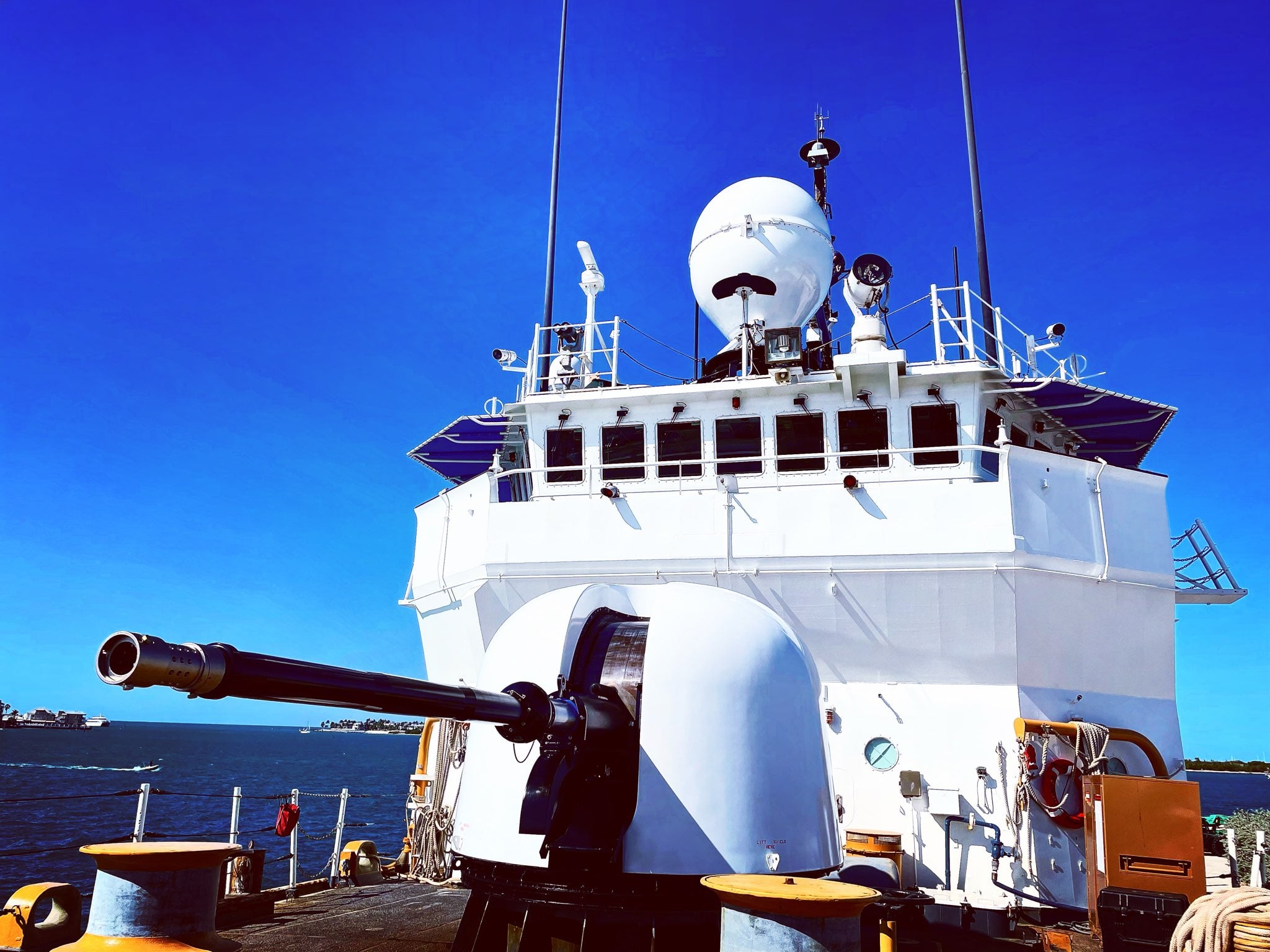 Panama City’s Eastern Shipbuilding Group is celebrating the award of the fourth Heritage Class offshore patrol cutter (OPC), the future USCGC Rush (WMSM 918), as Hull# 309A last week. The Coast Guard plans to field as many as 25 of the new 360-footers to replace both the 210-foot Reliance and 270-foot Bear-class cutters. 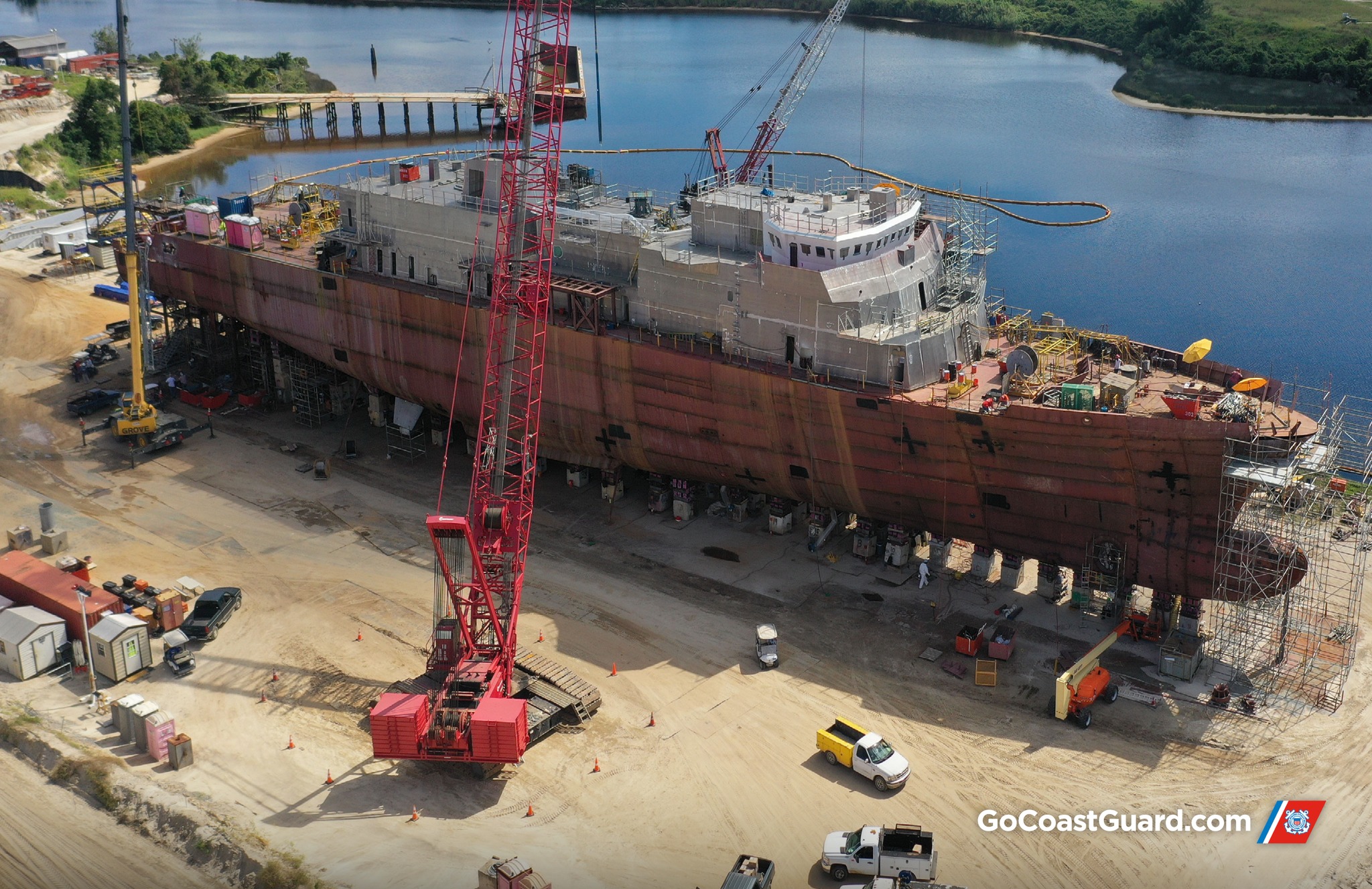 The three other OPCs under contract to ESG, all in various states of construction: