The brand-spanking new destroyer USS Zumwald (DDG-1000) sailing by Fort Popham at the mouth of the Kennebec river in Maine, on it’s way to sea trials. All images by Ed Rice. 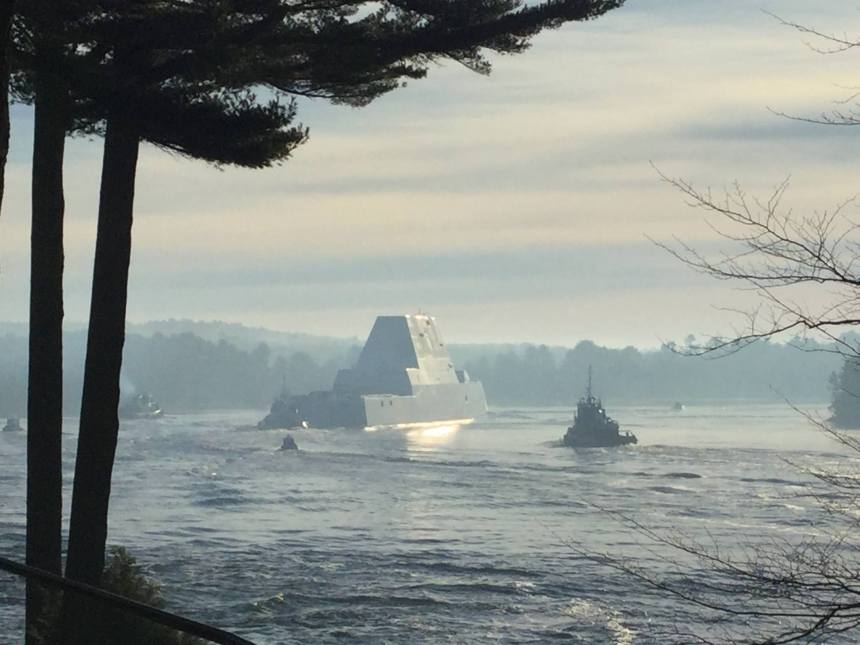 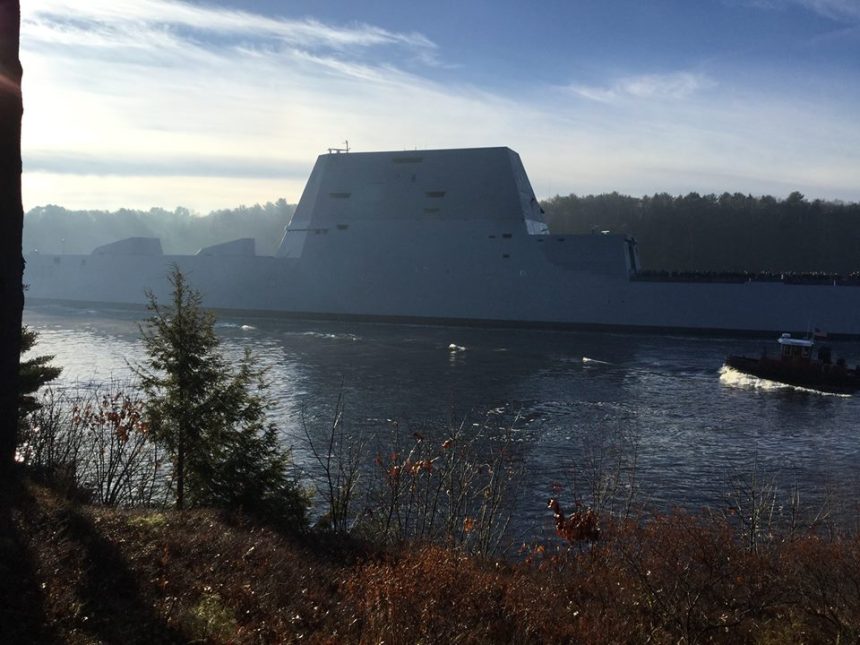 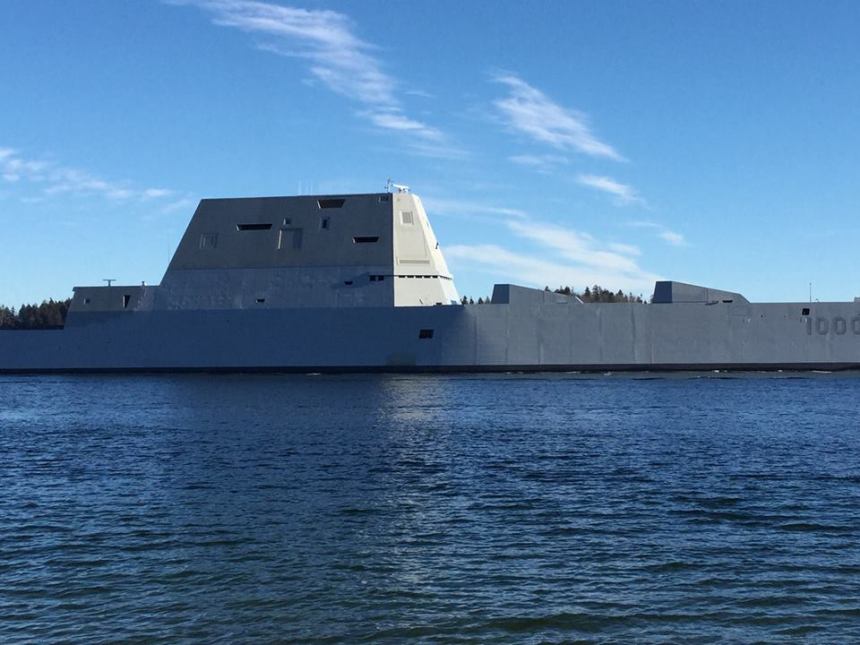 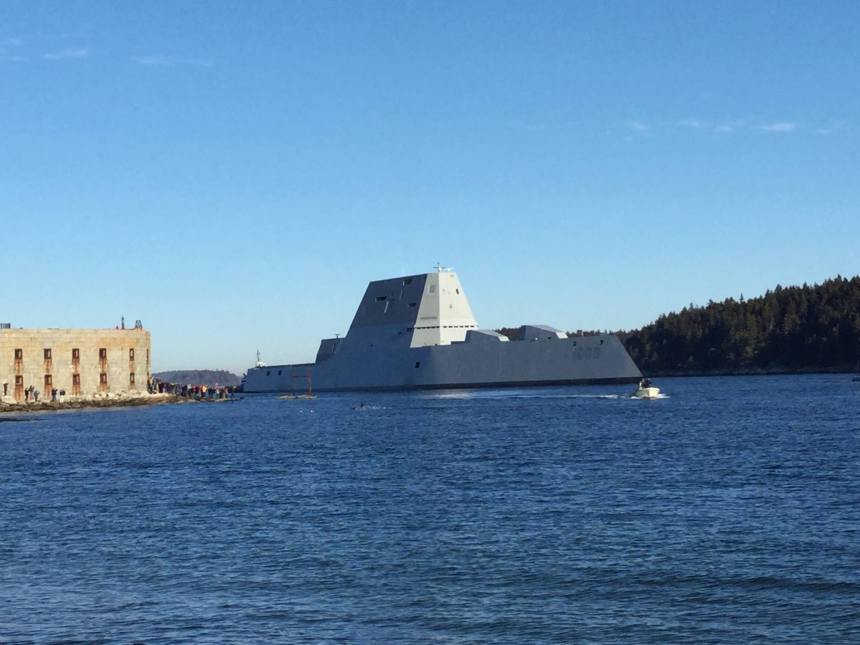 If you are curious, Fort Popham dates back to the 1850s when the granite block coastal defense post was constructed over what was an old  American Revolution and later War of 1812-era battery. Named for Popham colony leader George Popham, the Fort was armed in time for the Civil War (though never fully completed) and mounted 36 Rodman guns and some 10-inch Parrott rifles arranged in two tiers of vaulted casemates.

In latter part of the 19th Century these were replaced by some 15-inch Rodman “shipkillers” and a single 8-inch M1888 breechloader and the fort was maintained through the early 1900s when it was placed into caretaker status with the construction of more modern nearby Fort Baldwin (who in turn mounted 3x 6-inch M1900/M1905 guns and 2x 3-inch M1903s for use against minesweepers for her locally planted fields; later replaced by four 155 mm M1918 guns on Panama Mounts in WWII).

Both Baldwin and Popham were fully decommissioned by the Army by 1949 and turned over to the state of Maine who maintains them as historic sites.

What is a Rodman?

Ever seen that comical ‘cannon’ that the circus performers shoot acrobats out of? Well, if you were to make a real one out of cast iron, you would have a Rodman. Thomas Jackson Rodman was a Union artillery officer and engineer who came up with a radically different way of making large guns. Until 1861, most large cannon were cast in one huge block of iron and then drilled out. This made the gun prone to developing cracks that could (and did) break apart the entire gun over time. Rodman invented a method of hollow casting the gun in layers using water constantly pumped over the metal to cool it. This made large and strong cannon that dwarfed the older cast guns. They are identified by thier characteristic coke-bottle shape and flat cascabels. 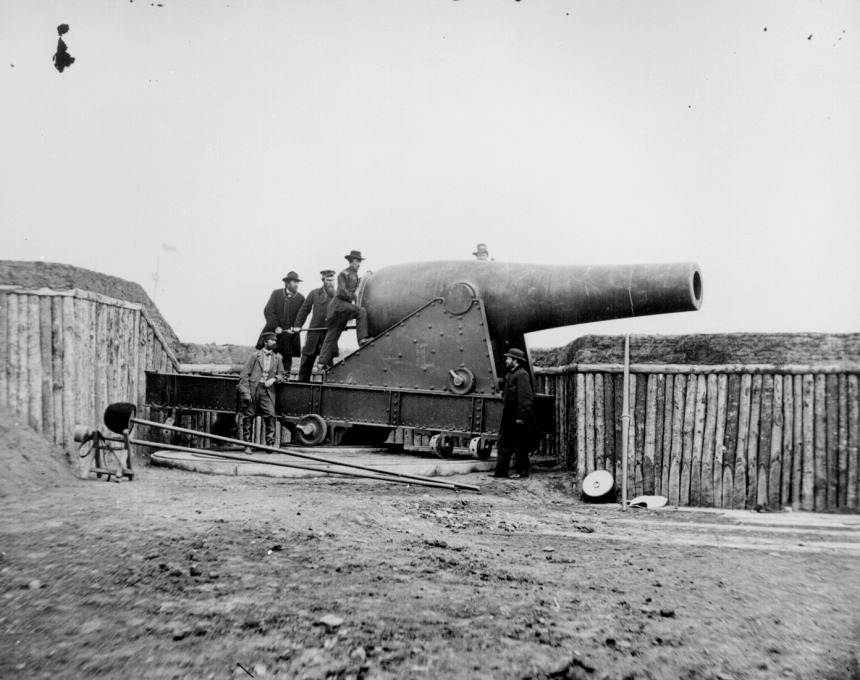