So I have been watching Babylon Berlin, a noir-style crime drama set in (go figure) Berlin during the Weimar-era based on the novels by Volker Kutscher. While it appeared on Sky Deutschland last year, Netflix has it with an English dub (or subtitles if you would rather listen to it in German) and it is fairly good.

An interesting point for me is the direct references to the illegal Black Reichswehr and the secret Soviet-German armaments research conducted in violation of the Versailles Treaty, both historically neglected bits of military history. However, the showrunners have filled the series with oddball European small arms of the era including a Haenel-Mannlicher takedown, an Ortgies pistol (which I love and have written about extensively) a Lignose which serves as an important plot point, and, best of all, a Dreyse 1907.

M1907 Dreyse Pistol that is property marked K.P.P.F German Police pistol from the city of Frankfurt Am Main via Pre98.com

Invented in Imperial Germany by Louis Schmeisser, father of the more famous Hugo, the Dreyse M1907 looks like an art deco hair dryer. The 7+1 shot .32ACP compact single stack has specs (25-ounces in weight when loaded, 6.3-inches in overall length) that are very close to today’s Glock 43. They work, but are never, ever, going to win a beauty contest. Nonetheless, they did serve with the Swiss Guard for almost a century, as well as see lots of use by various Central European police agencies and both the Austrian and German Army’s officer corps.

Notably for our reference here, Dreyse pistols were frequently seen in Fritz Lang films shot during the Weimar-era including the infamous “M” and “The Testament of Dr. Mabuse,” the latter by a cashiered police detective named Hofmeister, and is the favorite weapon of the assassin Hardy in the same film. 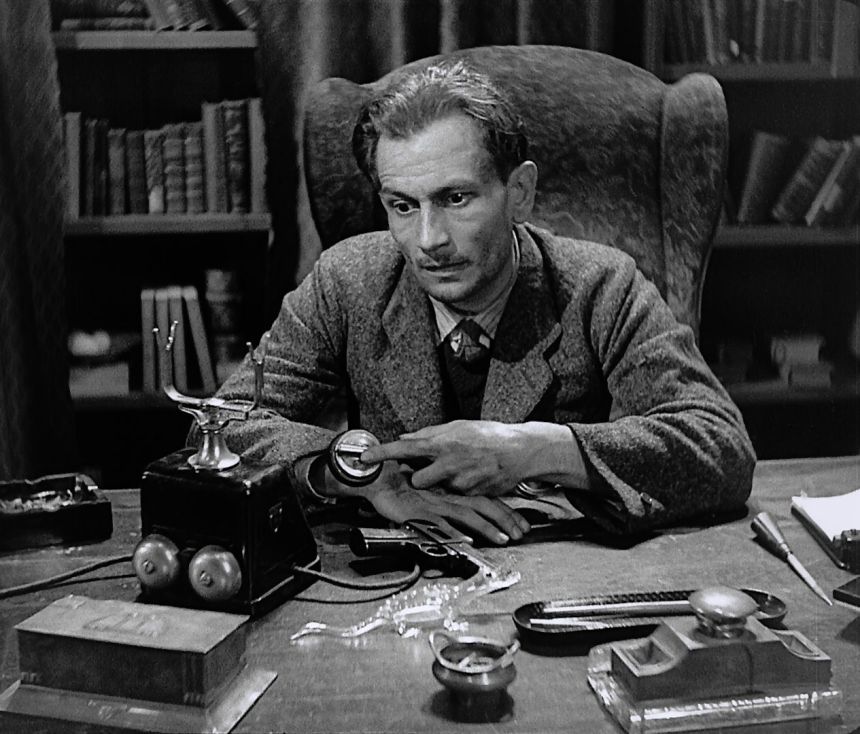 German actor Karl Meixner as Detektiv Hofmeister with his issued Dreyse Model 1907 in Fritz Lang’s The Testament of Dr. Mabuse.

The troubled lapsed Catholic police Inspector Gereon Rath, a combat veteran of the Western Front and the main character in Babylon Berlin, is issued a Dreyse which he both carries and gets into trouble with. I am sure it is an ode to Lang’s Hofmeister.

I bet Hugo Schmeisser is rolling and spinning

There, under the Krinkov, is a German StG44 in exploded view, which would probably be OK on any monument except that of Mikhail Kalashnikov

As I covered over at Guns.com, the Russians spent 35 million rubles (about $580K US) on a sprawling monument to the late firearms engineer Mikhail Kalashnikov that was unveiled in Moscow last week. Besides a nearly 30-foot high statue of Kalashnikov, the base of a monument to St. Mikhail, the Orthodox patron of gunsmiths and warriors, contains a representation of several of the engineer’s designs including an AK42 sub gun, AK47, AKM and AK74 rifles, as well as RPK and PK machine guns.

However, as noted by some sharp-eyed firearms enthusiasts and reported by Russian-based Kalashnikov magazine, just under a Krinkov AKS-74U is what appears to be the parts diagram for a German StG-44 Sturmgewehr.

Which some (notably outside of the Motherland) have contended that the AK was based on for decades.

This has caused understandable heartburn in Russia, and, as Russian firearms wonks pile on to disagree with the lineage of the AK– noting it is as Russian as a Florida pirated movie salesman, the offending diagram has been torched out.