F-18Cs put to pasture by the Navy, kinda

The Blue Blasters of Strike Fighter Squadron (VFA) 34 hosted a sundown service for the Charlie series F/A-18 last week. The Blasters were the last tactical squadron in the Navy flying the bird, most recently wrapping up a final deployment on USS Carl Vinson (CVN 70) in the South China Sea in 2018.

“Today our VFA-34 family and the operational farewells an old friend,” said Cmdr. William Mathis, commanding officer of VFA-34. “Born more than 40 years ago, the Hornet entered operational service for the U.S. Navy in 1984 and for the next 35 years, she proudly served the nation from the flight deck of aircraft carriers in all the seas across the globe.”

Oh yeah, and the Blues, who are set to transition to the Super Hornet in coming months. 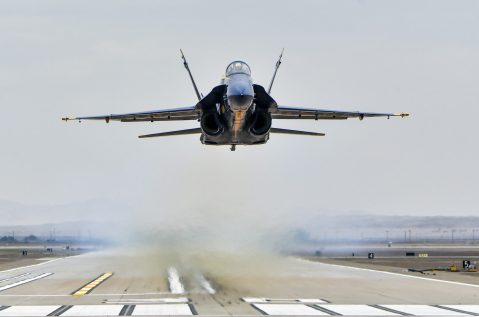 And totally neglected air units such as the USMC guys, who will keep the F-18C around until 2030 (ish). 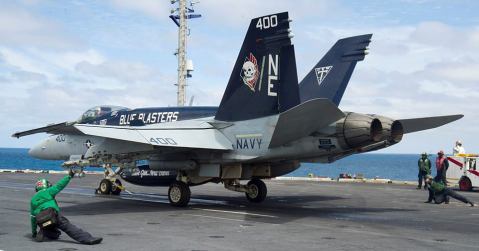 The F/A-18C squadron embarked on 5 January 2018 the Vinson. The deployment marked the sundown cruise of the US Navy F/A-18C Hornet.

VFA-34 will transition to F/A-18E Super Hornet in the upcoming months, likewise followed by VFA-131 and VFA-37.