The Pearl Harbor Avenger is back, baby

With all the news of scrapped or otherwise abandoned museum ships– particularly three submarines recently — it is nice to see a win for an old girl. The Balao-class fleet boat USS Bowfin (SS-287) launched on the first anniversary of the attack on Pearl Harbor in 1942– giving her almost 80 years in the water and the easy nickname of “the Pearl Harbor Avenger.”

After completing nine Pacific war patrols in WWII and earning a Presidential Unit Citation for 67,882 tons sunk (16 vessels of that tonnage plus 22 smaller craft), she was used as a Naval Reserve training submarine during the Korean War then stricken in 1971 and has been a memorial and the floating Pacific Fleet Submarine Museum at Pearl Harbor ever since. Notably, she never received a Cold War GUPPY upgrade, leaving her very close to her original WWII layout, which is rare today.

And she has just completed two months of scheduled dry dock maintenance and looks good as new. 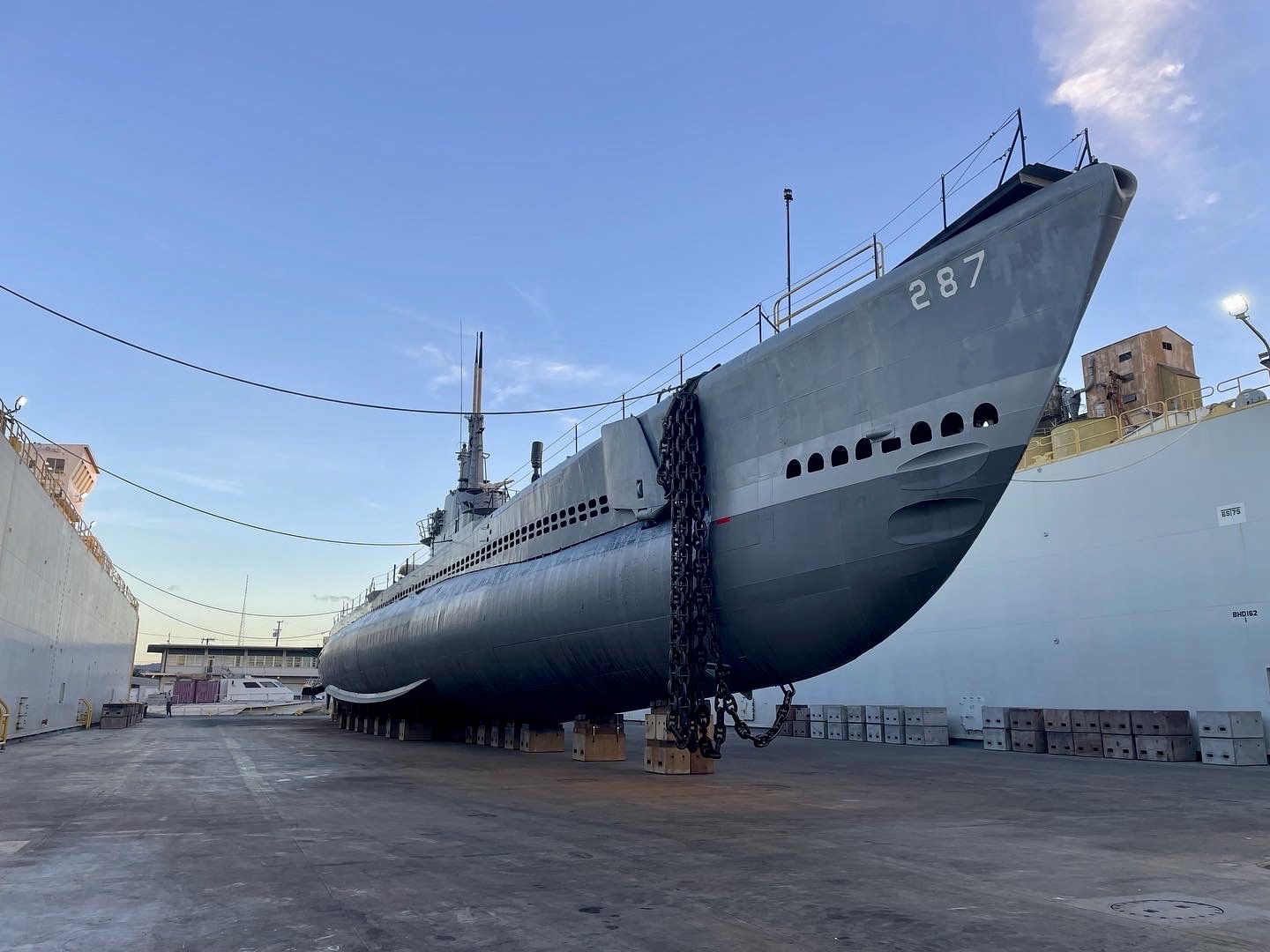 Bowfin is set to return to her traditional dock in Pearl on Thursday and will reopen for tours around the first of November.