Via Kazuhiko Koshikawa, the Ambassador of Japan in the Philippines, yesterday, on the occasion of the launching of the largest cutter ever for the Philippine Coast Guard (Tanod Baybayin ng Pilipinas), from the Mitsubishi Shipbuilding launching ramp in Japan:

Attended the virtual launching ceremony of the 94m class patrol vessel with (Philipines Department of Transportation Secretary Art Tugade). This huge vessel was unveiled through a nautical tradition of blessing the ship and its crew on its voyage, and will become the PCG’s largest flagship in early 2022!

The new 308-foot Multirole Response Vessel (pennant number 9701), as Koshikawa noted, will be the largest ship in the 17,000-member PCG, a force that has been beefing up in recent years to confront interlopers (See: China) into the huge Filipino Maritime Zone.

Remember, if you can’t police your EEZ, you don’t have an EEZ.

The two building 94m-MRRVs are funded through a ¥16.5-billion ($150M) grant from the Japanese government through the Japan International Cooperation Agency (JICA) and are set to become the largest vessels in the PCG. At that price, you can be sure they are constructed to commercial standards rather than military but they do have a frigate profile with significant at-sea endurance and helicopter handling capabilities, as well as the capability to host a platoon-sized VBBS force.

Part of the Philippine Department of Transportation, the PCG– which has a lineage going back to 1901– has long just fielded a force of several hundred small (day running) brown water craft such as whalers, RIBs, and Swift boats.

However, the fleet has expanded greatly in recent years with the adoption of true blue water assets such as the 274-foot French-built OPV BRP Gabriela Silang, four Australian (Tenix)-built 184-foot San Juan-class OPVs, 10 Japanese (JMU)-built 146-foot Parola-class OPVs, and four Ilocos Norte-class 115-foot Tenix patrol boats, all of which have been added in the past ~15 years. Note that the Parolas, the PCG’s most numerous over-the-horizon vessels, were also built in Japan with JICA funds.

Lightly armed for constabulary use, they generally have M2 .50 cal machine guns installed for muscle, in addition to the small arms of their landing teams, as well as soft-kill devices such as LRADs and water cannons.

Also, you have to love the traditional launching festivities used by the Japanese. Compare the above joyous image above to this one, taken some 96 years ago this week: 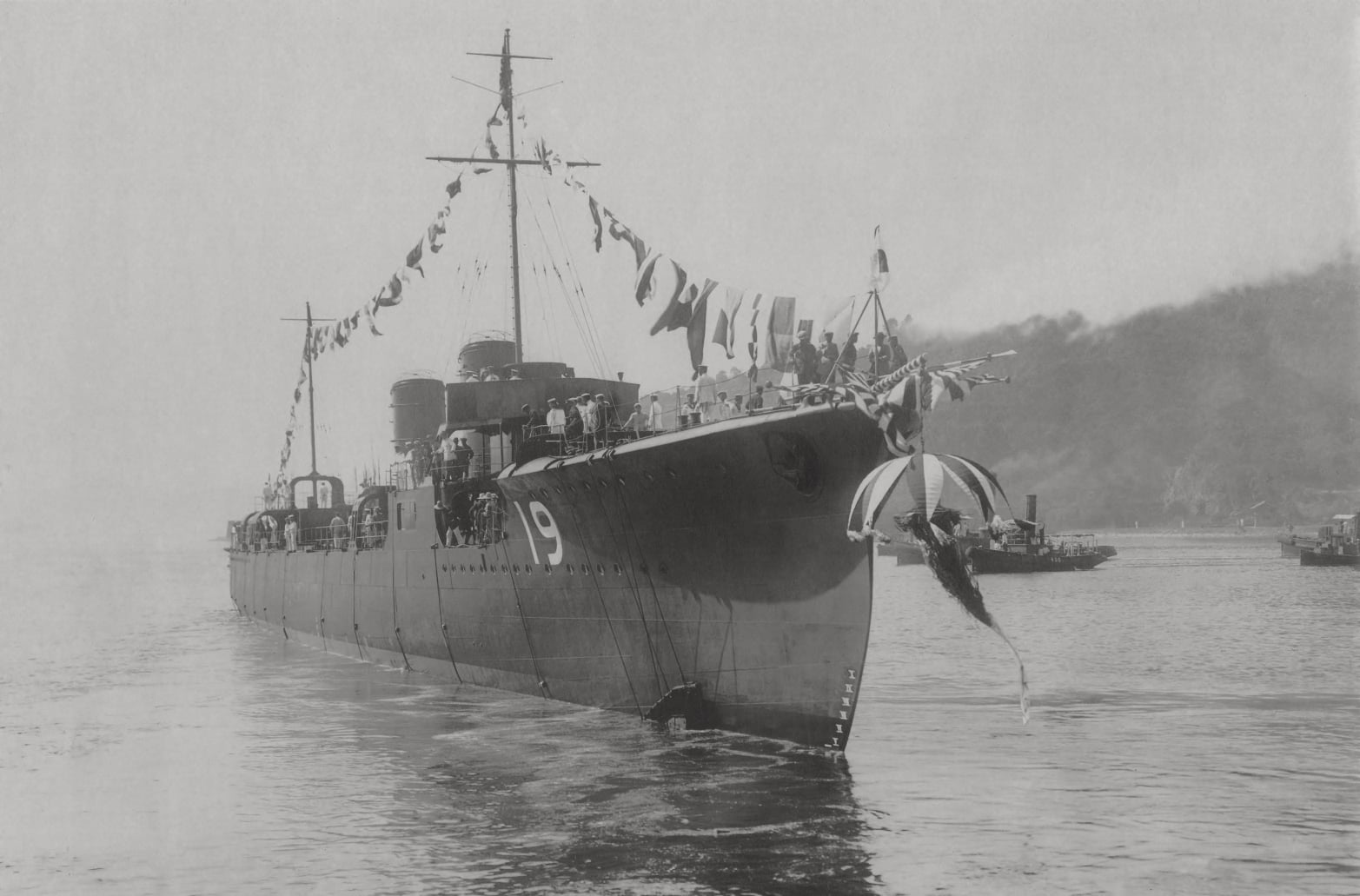 The Japan Marine United Corporation is currently building a class of 10 new 44m (144-foot) offshore patrol vessels for the Philippine Coast Guard (PCG), paid for in part by Japanese grants. These ships, nice slow patrol boats dubbed “Multi-Role Response Vessels” with long enough legs to keep a presence in the disputed South China Sea, are just what the PI needs. And of course, since a lot of the money comes from Japan, the program allows the Philippines to act as an increased buffer by proxy with China. 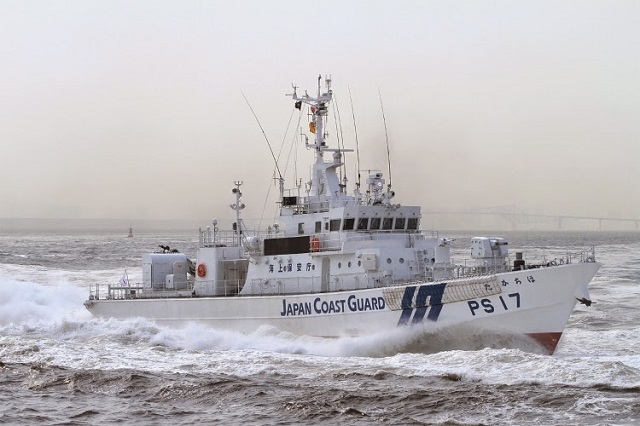 The first of these will arrive in the Philippines in September and the type is already in use with the Japanese Coast Guard.

Further, the PCG is looking at two follow-on 92m (302-foot) vessels and hire another 900 coasties.

This, coupled with the fact that the flagships of the Philippine Navy are a pair of retired 378-foot Hamiliton class USCG Cutters, could lead one to wonder just who is the bigger sea service in the Philippines in the next few years.

But of course, that is all part of the chess game with China, as they are ordering huge “Coast Guard” ships themselves pushing 15,000-tons, or the size of a WWII heavy cruiser.

Reports state that these ships will be able to hit 25 knots and will be outfitted with 76mm naval cannons, two secondary gun turrets, two anti-aircraft CIWS mounts as well as being able to carry at least a pair of large Z-8 multi-role helicopters. These helicopters, somewhat akin to a CH-53 Stallion, could move a lot of personnel and material very quickly without a port available.

In addition, Japan is building at least two more 9,000-ton (the size of an Aegis destroyer) Shikishima Class coast guard cutters for their own racing stripe service. So we are in effect looking at a Coast Guard race in the Far East.