The US Military’s Backpack Atomic

Back in the late 1950s the US military was enamored with using ‘atomics’ as much as possible.  The Navy had nuclear depth charges, the air force had nuclear tipped air-to-air and surface to air missiles to obliterate swarms of Soviet bombers, and the Army even had nuclear artillery shells and recoil-less rifle rounds. 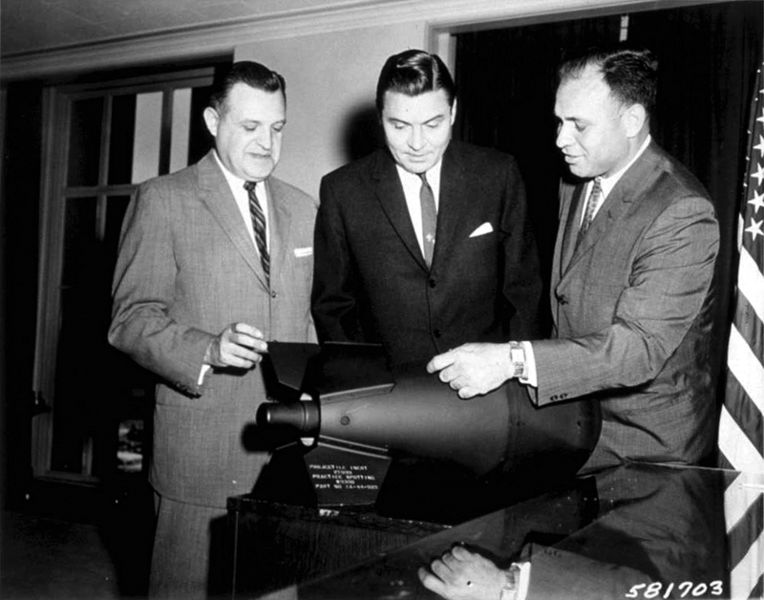 Congressmen loving the W54 as used on the Davy Crocket. I mean who couldn’t love a 50-pound nuke!

Speaking of which, at this time the W54 warhead was hatched. This was about the smallest US warhead ever used at just 10.75 inches diameter (270 mm), about 15.7 inches long (400 mm), and hefted slightly over 50 pounds (23 kg). It could be variable yielded due to its implosion type of design from anywhere ranging in 10 tons to one kilotons of TNT equivalent.

It was also very dirty–when fired it would produce an almost instantly lethal radiation dosage (in excess of 10,000 rem) within 500 feet (150 m), and a probably fatal dose (around 600 rem) within a quarter-mile (400 m). The W54 was designed by Los Alamos Scientific Laboratory and built by the United States Atomic Energy Commission. Around 400 units were manufactured from 1961 until early 1962. These were given to the USAF who used them as the warhead of a few AIM-26A Falcon AAM and the AGM-45 Walleye ASM’s. The Army used them on the 2-mile range (talk about your balls glowing in the dark!) M-29 Davy Crockett Weapon System, a tactical nuclear recoilless gun for firing the M388 nuclear projectile. Then there was a couple hundred left that were used in a distinctly more…simple..delivery system.

Called the MK54 Special Atomic Demolition Munition (SADM), the W54 was attached to a battery-powered code-decoder lock and firing unit, packed inside a waterproof/shockproof case and the whole affair crammed into a very well-padded OD rucksack (the H-912 transport container). This gave a 163-pound overall weight that could be toted by a beefy paratrooper or frogman where it needed to go.

The concept behind the SADM was that it could be paradropped or combat swam behind enemy lines by a 2-3 man team of Green Berets or Navy SEALs (both of which were founded by Kennedy in the early 1960s). Said commandos could plant the device at an enemy arsenal depot, a strategic crossroads or bridge, key stockpile, important factory (the Soviets loved to have everything made at one BIG factory), or in a harbor. Once planted the device could be set to go off on a delay while the troops were extracted by Skyhook, helicopter, small plane, or (in the case of the SEALs) by small boat or submarine offshore. 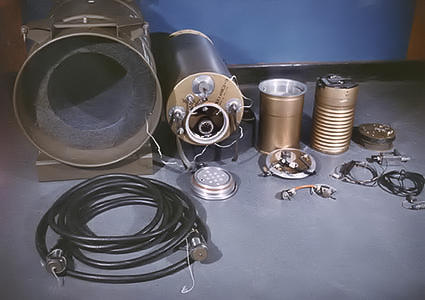 A view of the interior components of the W45 MADM, showing (from left) the packing container, warhead, code-decoder, and firing unit. The MADM was a similar design to the SADM

Besides this, more low-speed engineering units could use the SADM to destroy key points in West Germany should 10,000 Warsaw Pact tanks swarmed over the Fulda Gap. It wouldn’t be outside the vein of thought that at least a few (deniable) SADMs were prepositioned overseas in foreign capitals in time of crisis should they be needed. 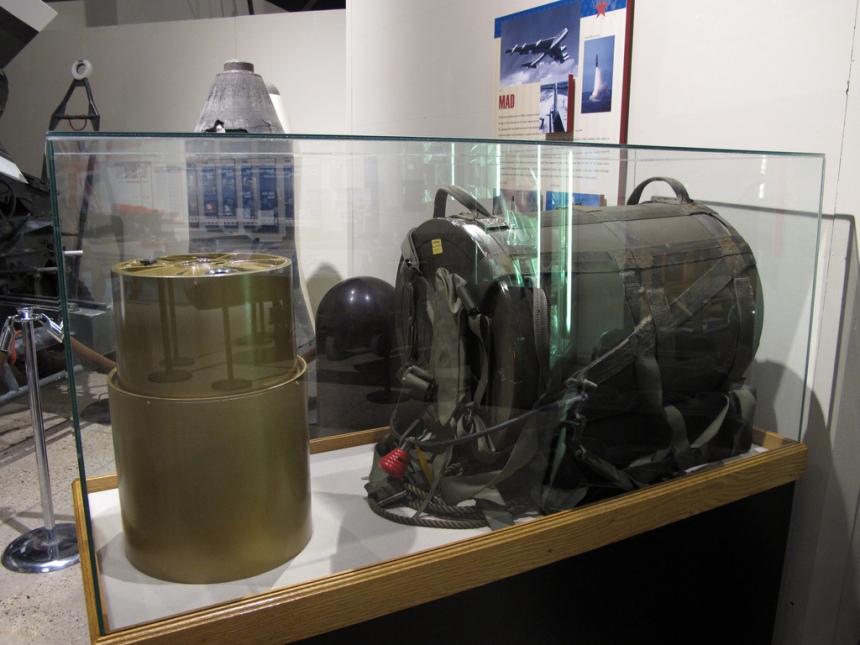 A SADM on display in New Mexico (inert of course) left is the device housing, right is the backpack

The locked storage suitcase that the SADM rested in when not being hurled out of airplanes, smuggled over the border on the back of a yak, or going for a drag by a frogman

The H912 Rucksack. It looks comfy because it HAS to be. Afterall it has 163-pounds of atomic love in it capable of bringing 1-kiloton of party favors to the get together.

They were withdrawn in 1988 and are not currently maintained (probably because they came up with a classified replacement that doesn’t weigh 160-pounds).