‘Rusty Lusty’ sold for scrap instead of being used as museum 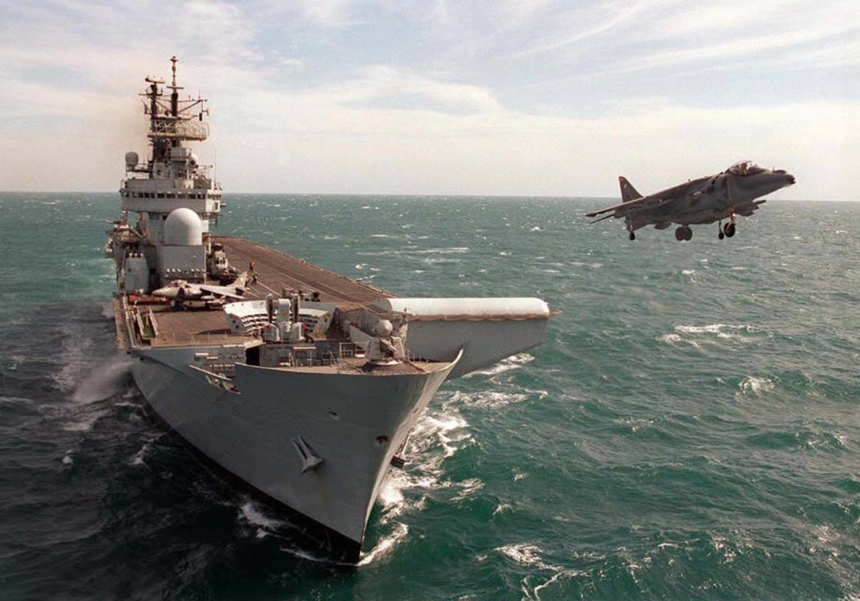 HMS Illustrious, an Invincible-class Britsh Harrier Carrier with a Sea Harrier lifting off her ski jump

Britain’s last “Harrier Carrier” ex-HMS Illustrious (R06), the fifth warship and second flattop to bear the name in the Royal Navy since 1789, had been courted by three different cities in the UK for use as a floating museum ship in the past couple years. Alas, that is not to be.

She was the oldest ship in the Royal Navy’s active fleet when she was paid off 28 August 2014 after 32 years’ service and will not be replaced until HMS Queen Elizabeth is formally commissioned in May 2017.

The only operational aircraft carrier in the British fleet, she lost her fixed wing air arm when the MoD retired the Harrier fleet in 2006 and served as an LPH after that, only operating helicopters. The last of the 1980s era Invincible class of 20,000-ton harrier-carriers, she was to be kept as a museum ship but that fell through and the Crown has sold her to the Turks for £2 million.

She will leave Portsmouth for the breakers this fall.