Last July 4th, we covered the NAVAIR Bicentennial schemes of 1976 so this is a good turnaround. 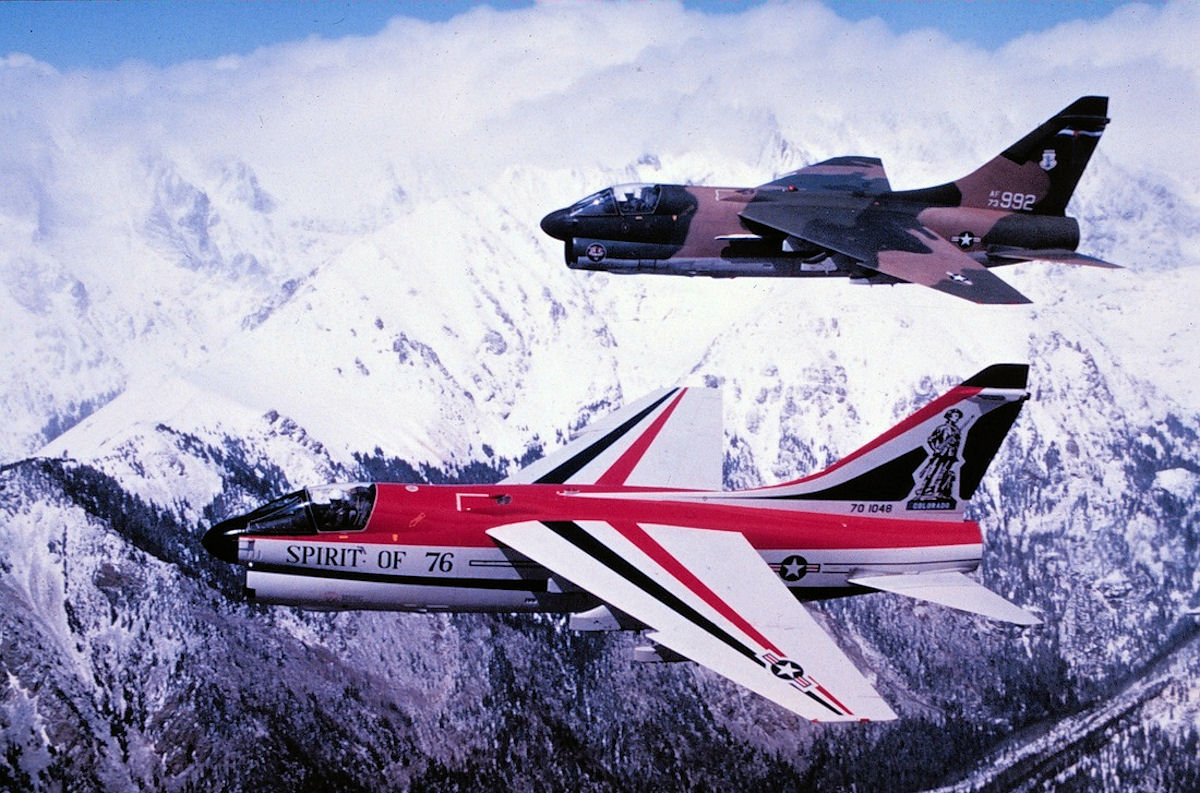 A pair of Ling-Temco-Vought A-7D Corsair IIs of the New Mexico and Colorado Air National Guard, respectively, flying over the Rocky Mountains. The “Sprit of 76” is 70-1048 of the 188th TFS, 150th TFG, NMANG out of Kirtland AFB. It was one of two Air National Guard A-7s that wore a special bicentennial scheme.

70-1048 served in the New Mexico Air Guard, first in the 188th and then in the 146th TFS under a more traditional scheme until it was transferred to AMARC in 1991 when the unit switched roles to become a refueling squadron. It was scrapped in 1997.

And another 1976 holdover, since you came this far: