Posted on September 23, 2022 by laststandonzombieisland 2 comments

We’ve covered the trials and deployment of a Marine Hawker Siddeley AV-8A Harrier squadron, the Aces of VMA-231, on the Iwo Jima-class phib USS Guam (LPH-9) in 1976 on numerous occasions.

Part of CNO Elmo Zumwalt’s “Sea Control Ship” concept that would provide a Cold War-era evolution to the escort carrier concept for convoy protection and ASW hunter-killer teams, the basic idea was to turn these small (18,000-tons, 592-feet oal) flattops into economical CVEs overnight through the fly-on of a Harrier det for air defense/surface strike and a Sea King SH-3 ASW/SAR element.

The technology was there, with Harrier making its first test landings on British flattops as far back as 1963, the RAF’s GR1 entering service in 1969, and the Royal Navy ordering its first two dozen navalised 24 Sea Harrier FRS.1 (Fighter, Reconnaissance, Strike) aircraft in 1975. 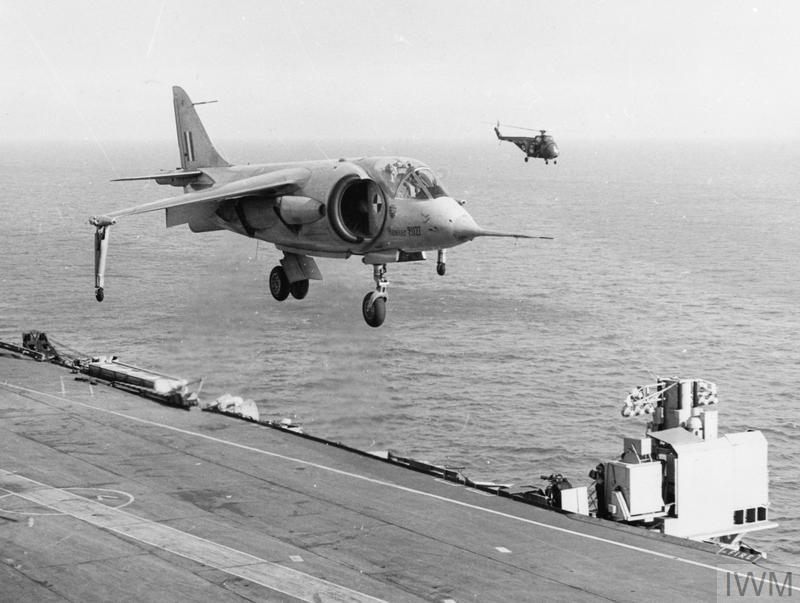 Hawker P1127 making the first ever vertical landing by a jet aircraft an a carrier at sea on HMS Ark Royal in February 1963. IWM A 34711

Of course, Zumwalt wanted some dedicated SCS hulls, but, barring the shipbuilding dollars, the Iwo Jimas could work in a pinch. 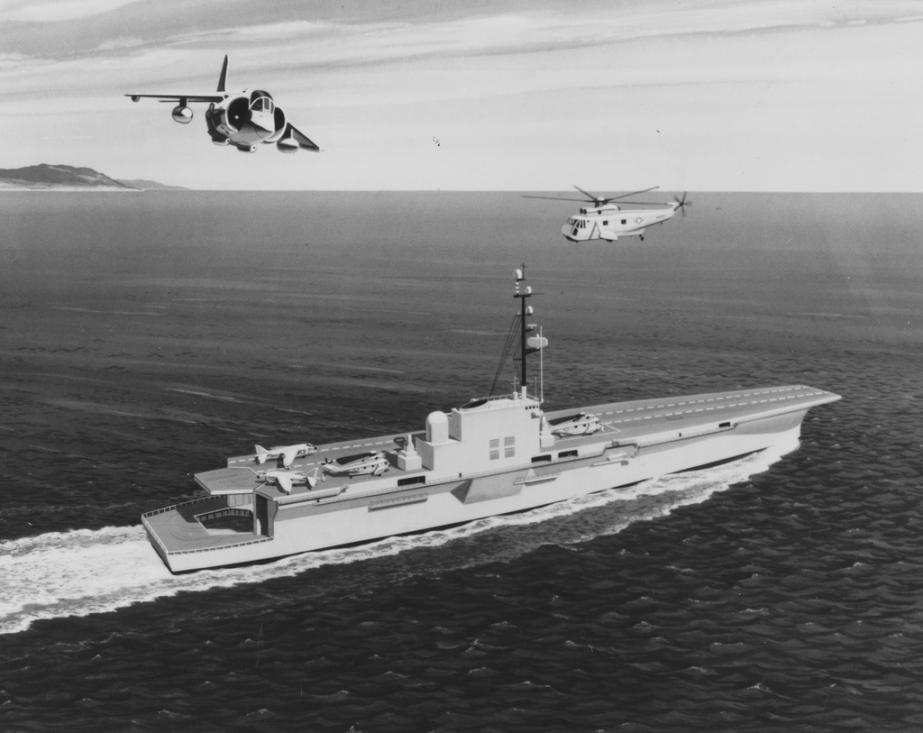 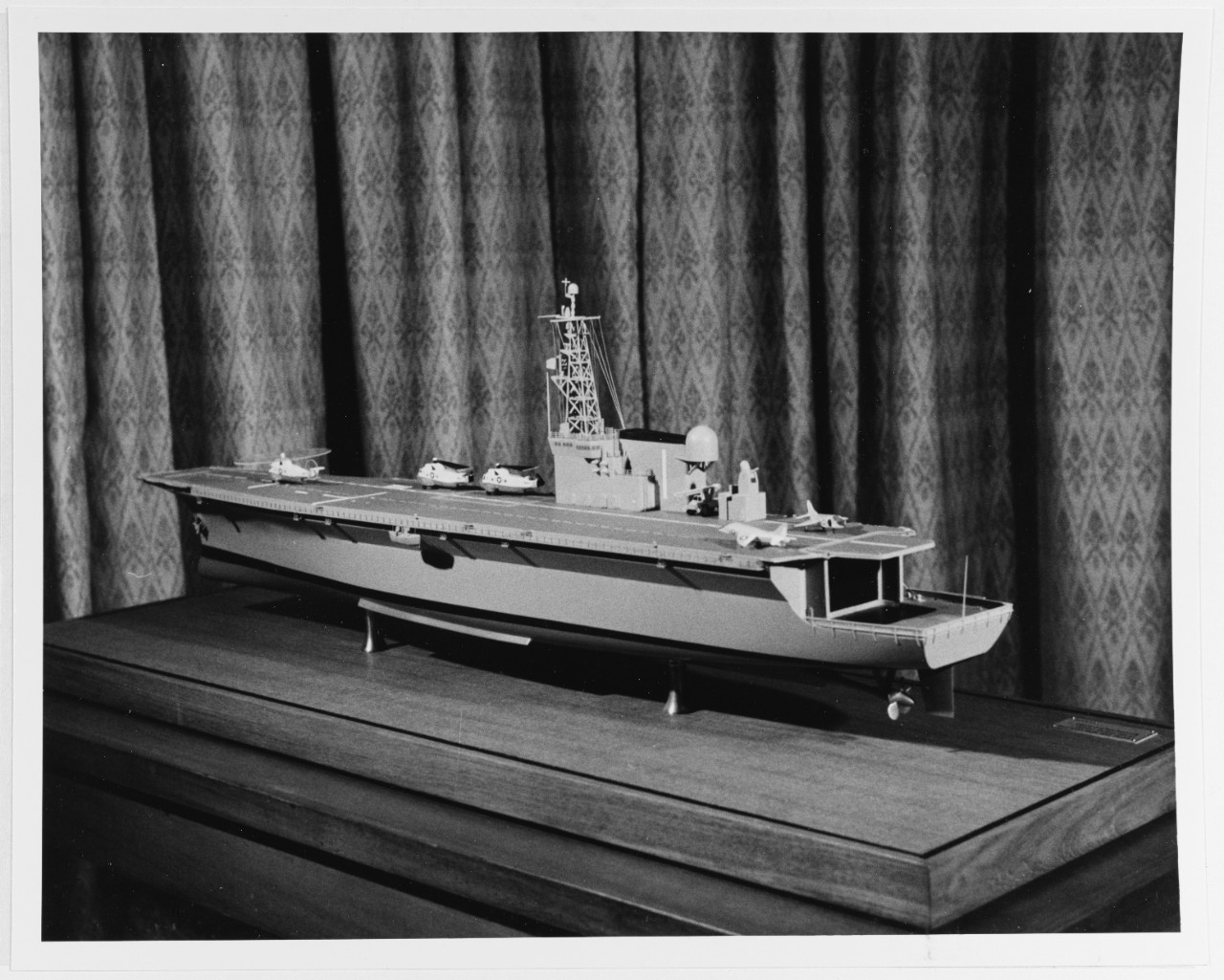 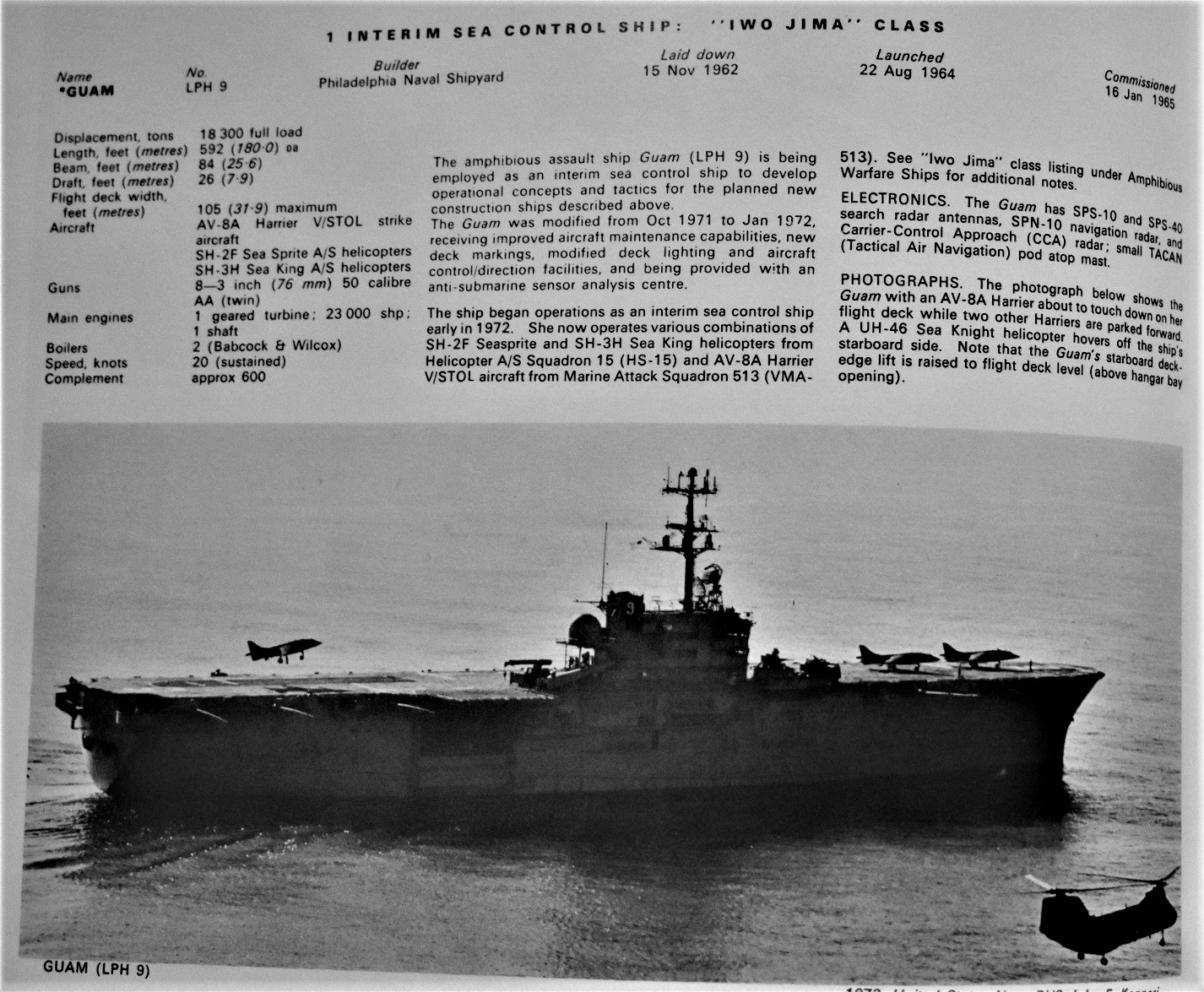 Well, prior to VMA-231 shipping out on Guam, the Marines ran an extensive evaluation trial in March 1971 on her sister, USS Guadalcanal (LPH-7). I recently came across about 30 minutes of color footage from those trials, involving the “Flying Nightmares” of Marine Attack Squadron (VMA) 513, from MACS Beaufort– the first American Harrier squadron– in the National Archives.

Check out this screengrab: 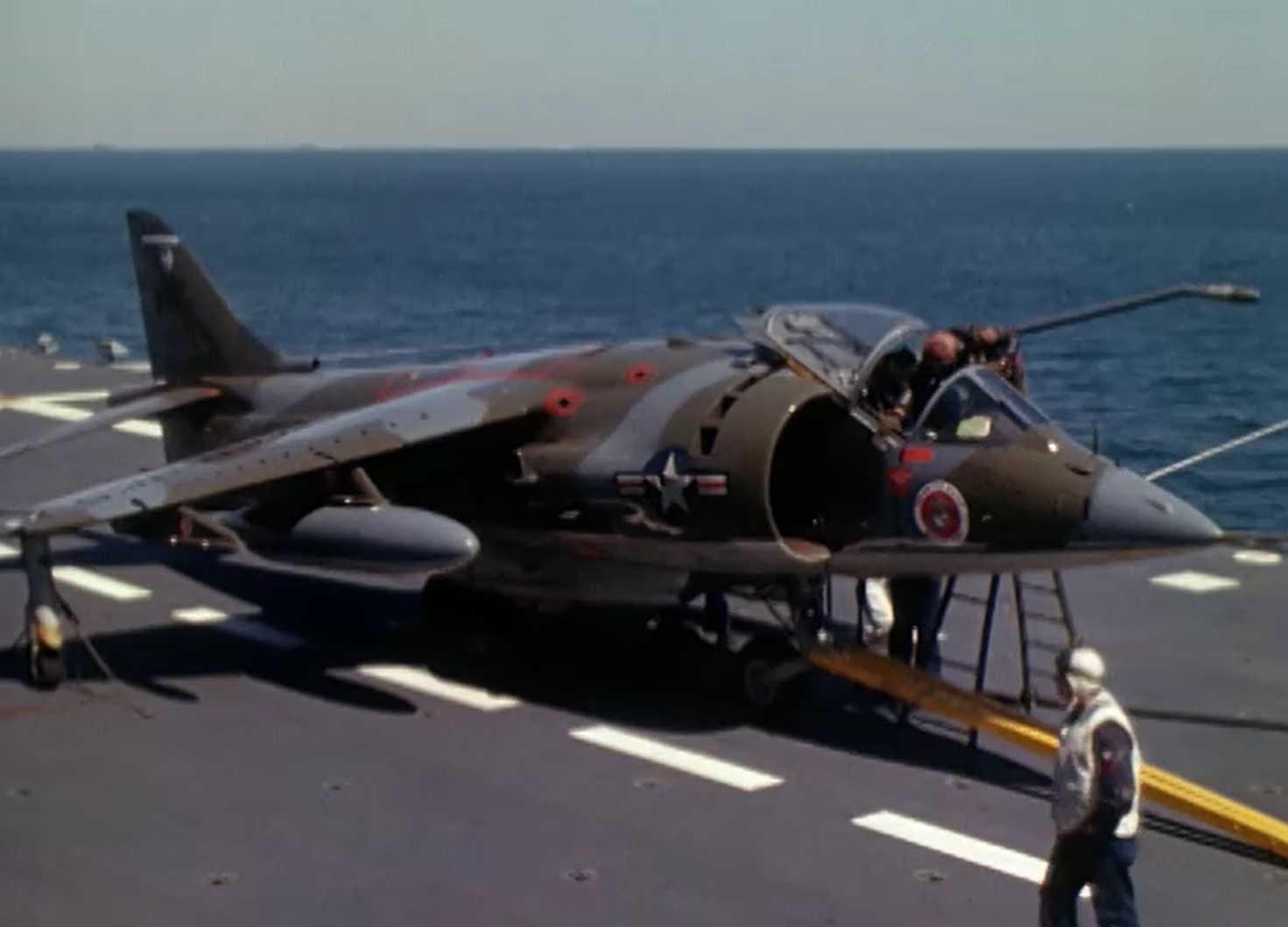 Now that’s a beautiful aircraft. Dig those full-color roundels and the Marine crest. The British-made AV-8A was essentially the same as the RAF’s Harrier GR.1 with very few changes. Keep in mind the first Marine Harrier arrived in the USA on 21 January 1971, just two months before this trial, and the last was delivered in November 1976.

The videos show ordnance in play, lots of short take-offs and vertical landings of camouflaged early British-built AV-8As, and even some night operations.