Did you Tsushima what I did there? 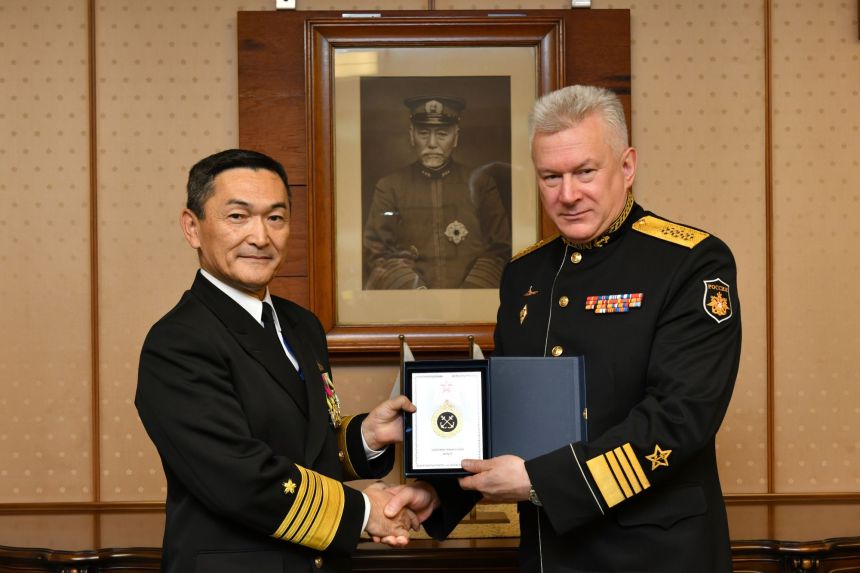 The portrait on the wall? You know, Marshal-Admiral Marquis Tōgō Heihachirō, the fabled Japanese sea lord who destroyed not one but two separate Russian fleets– which included sinking or capturing 13 of the Tsar’s battleships– in a brief 15 month period from Feb. 1904 to May 1905.

Interestingly, the photo is in a simple sea uniform rather than the Admiral’s grand dress uniform, which was topped by the exceedingly rarely-bestowed Collar of the Supreme Order of the Chrysanthemum.

You can always dismiss the humor of the situation by saying maybe it was intended as a full-circle moment. However, if the same pose was struck by the current British First Sea Lord and head of the French Navy in front of a nice portrait of Nelson, you know there would be a gallery full of shit-eating grins.

Of course, it should be pointed out that ADM Yamamura is wearing a dress uniform based on that of the U.S. Navy, but still…