“The long and bitter struggle…”

Posted on September 2, 2020 by laststandonzombieisland 2 comments 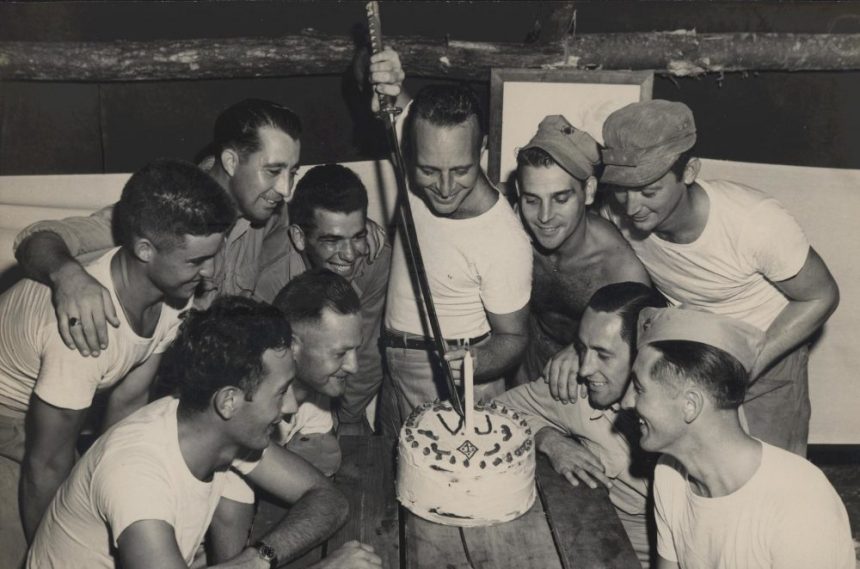 Official caption: “Victory Carving-First Division Marines on Okinawa gather around Corporal John Dulin as he wields a Japanese samurai sword to cut a VJ cake that he baked for the celebration. That isn’t sugar cake though, the icing is made of starch.” From the Marion Fischer Collection (COLL/858), Marine Corps Archives & Special Collections

“On board all naval vessels at sea and in port, and at our many island bases in the Pacific, there is rejoicing and thanksgiving. The long and bitter struggle, which Japan started so treacherously on the seventh of December, 1941, is at an end,” began Fleet Adm. Chester Nimitz’s address to the combined Pacific Fleet on Sept. 2, 1945, as World War II officially ended, some 75 years ago today.

While today is ostensibly a Warship Wednesday, and logically I should do the USS Missouri, I like to dedicate WW to covering little-known ships and, on this day, Mighty Mo will have her story told far and wide by more mainstream sources than I. This includes a live stream of the anniversary celebration on her decks today.

With that being said, let us take to the sky with a great video on the 75th Anniversary Warbird overflights in Hawaii.

Hokey religions and ancient weapons are no match for a .50 cal at your side, kid

In a case study of why a sword is of little use against a .50 caliber BMG, take this Japanese Kai-gunto sword, broken in three pieces in the collection of The Australian War Memorial.

The hilt has the standard Japanese Navy guilded brass fittings of a Fushi, kabuto-gane and cherry blossom menuki under the brown handle binding over black rayskin. A gilt family mon is attached to the kabuto-gane of a square with a diagonal line within a circle. The guard is a plain blackened brass tsuba with two large Seppa of a sunray pattern (one on each side) and four smaller Seppa (two on each side) with serrated edges. On the rear of the broken blade parts are solder marks where the sword has been mounted on a board for display. 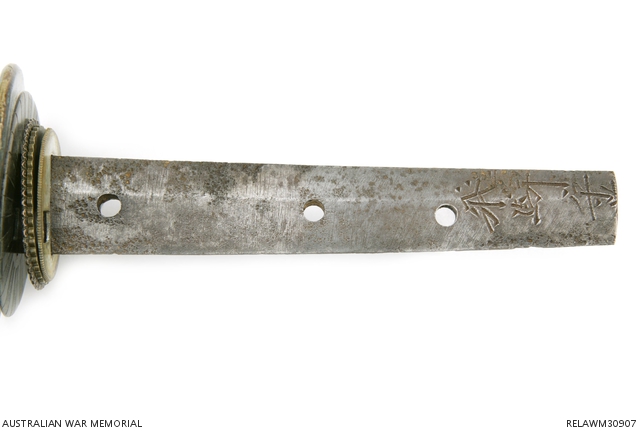 The tang has three peg holes with the remains of a signature that translates as Hida no-kami and possibly the top section of the character for Fuji.

He served in WWI with the ANZACS, from the 15th of April 1918 to 9th September 1920, rising from the rank of Corporal to be 2nd Lieutenant, in the 10th North Otago Rifles.

In the interwar years was a school teacher and later headmaster in the Pacific Islands, principally in the Solomons. In that line of work, he became fluent in several native languages and became adept in the use of wireless radios– two skills that would become useful during his WWII exploits as

Kennedy became an outstanding leader of the Coastwatchers in that area in 1942- 1943. His exploits are described in Commander E. A. Feldt’s book “The Coastwatchers” and in “Among Those Present,” an official U.K. publication.

Outstanding among his many clashes with the Japanese was an action between his 10-ton schooner Dadavata and a patrol of Japanese in a whaleboat during which the whaleboat was rammed and all the Japanese accounted for. Termed the Battle of Marovo, Kennedy and 12 islanders were armed with a Browning machine gun salvaged from a downed American plane. Donald fired his recycled machine gun, although he was wounded in the thigh until it jammed. The Islanders threw Japanese-made grenades among the hapless and bewildered occupants of the whaleboat until there was no more resistance.

It was during this action that the sword was captured. The incident is described in “Among Those Present” page 52. The sword is broken in two places. One break approximately 4 inches from the hilt bears the mark of a bullet but the other break 5 inches from the point is unaccounted for.

Kennedy’s simple account as to how the sword became broken is as follows:

“It was broken by a bullet fired by me from a Browning 50 at the same time as the Japanese N.C.O. who wore it fired a burst from a Bren gun from which I collected a bullet in the leg. This was at Marovo Lagoon in New Georgia in May 1943 in an encounter between my native scouts and a Japanese patrol which was hunting for us.”

Besides the DSO, he was awarded the Navy Cross, “for extraordinary heroism in action against Japanese forces as a Coast Watcher at Sergi Point, New Georgia in the Solomon Islands. Capt. Kennedy led his men in numerous skirmishes and destroyed or captured many Japanese troops, machine guns, and barges, with a negligible injury to his own force. He also rescued many downed American airmen.” 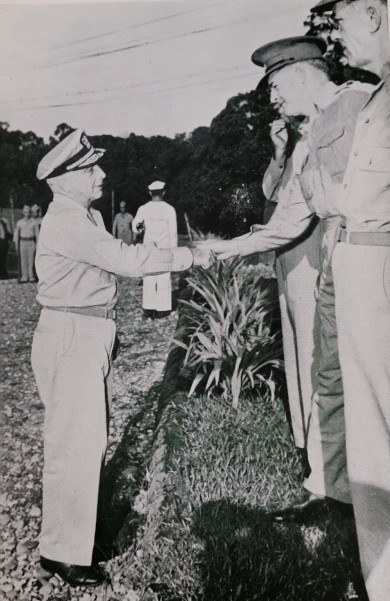 He died in 1976 and the sword has been in the AWM collection ever since.