SOCOM– which earlier this year for up to $5 million worth of “Reduced Signature” PDW weapons in the form of modified commercial SIG MCX Rattlers in both 5.56 NATO and .300 Blackout– posted the notice for 7.62x39mm uppers for the platform in late October.

“Due to developing requirements,” explains the notice, the force at the tip of the spear is seeking conversion kits to include all “required hardware and ammunition magazines that will fit with the SIG Sauer Rattler and RSAR/PDW converted M4A1 lower receiver groups.” 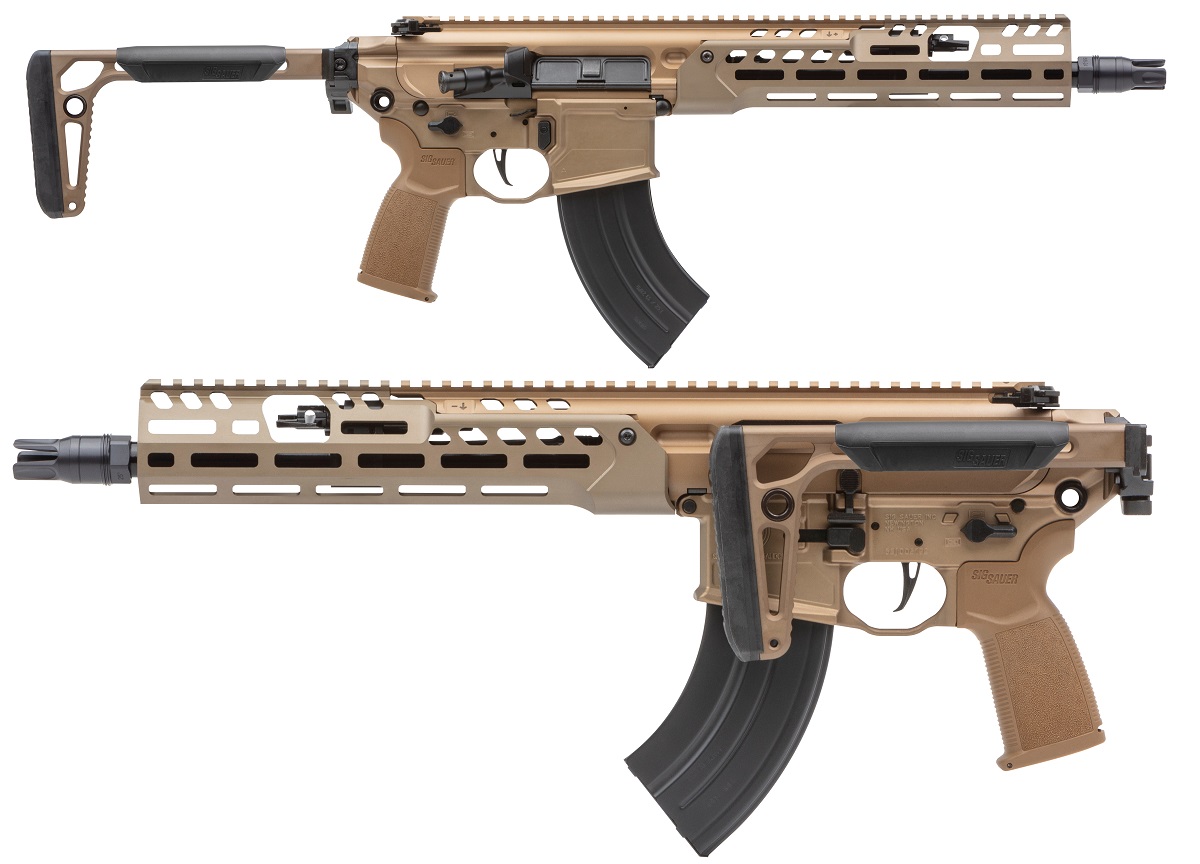 SOCOM may be in luck as SIG recently debuted their first 7.62×39-chambered offerings in the MCX Spear-LT series. One of the options in that series is a factory SBR with an 11-inch barrel and an overall length of 29.75 inches, something that puts the company within striking distance of the RFI notice.

On a trip to SIG in New Hampshire last week, I had the occasion to see the new P226 XFIVE up close and personal.

Announced earlier this month, the P226 XFIVE was formerly just offered through SIG’s German Master Shop for serious competition use and typically ran in the neighborhood of about $5K– and that was in 2008 dollars! While today’s XFIVE remains pricy– like a minimum advertised price of $2,199 kinda pricy– it is still way less than the older version and the American-made instant classic has been updated to have better sights and a factory Delta Point Pro/RMR footprint. 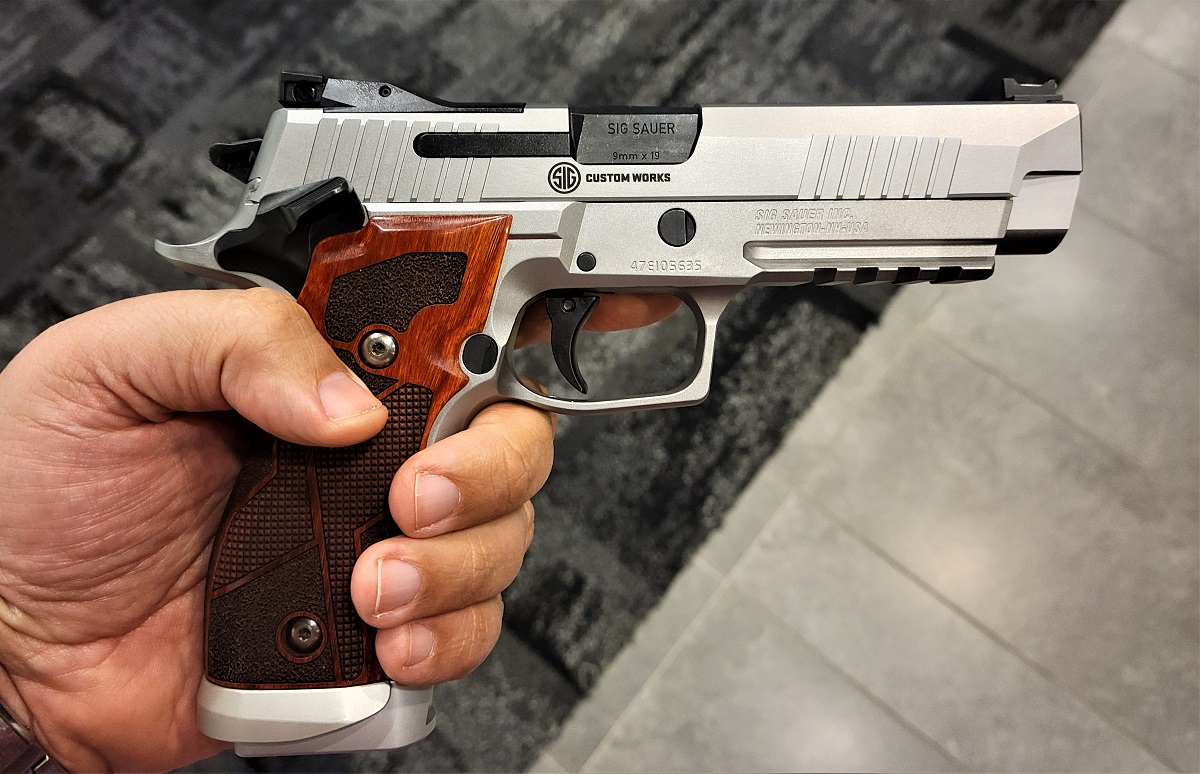 It feels great in the hand due to the extended beavertail grip and undercut trigger guard. Note the extended magwell that just hoovers up the XFIVE’s 20-round standard magazine as well as the ambi extended slide lock– a must on a Single-Action Only pistol.

Plus, it is easy on the eyes.

The XFive P226 is back, and less German

While P226s have been around since the 1970s, the hyper-accurate XFIVE was hard to get on this side of the Atlantic. Essentially a match-quality single-action-only 226 longslide with a 5-inch barrel, the original was a Teutonic range beast, tipping the scales at almost 50 ounces due to the fact it was all stainless steel except for the grips. They shipped with a 25-meter target that usually showed all-touching bullet holes neatly punched into the paper.

Only made until 2012, the XFIVE was more likely to show up in French action movies associated with Luc Besson or in auction houses than on dealers’ shelves. 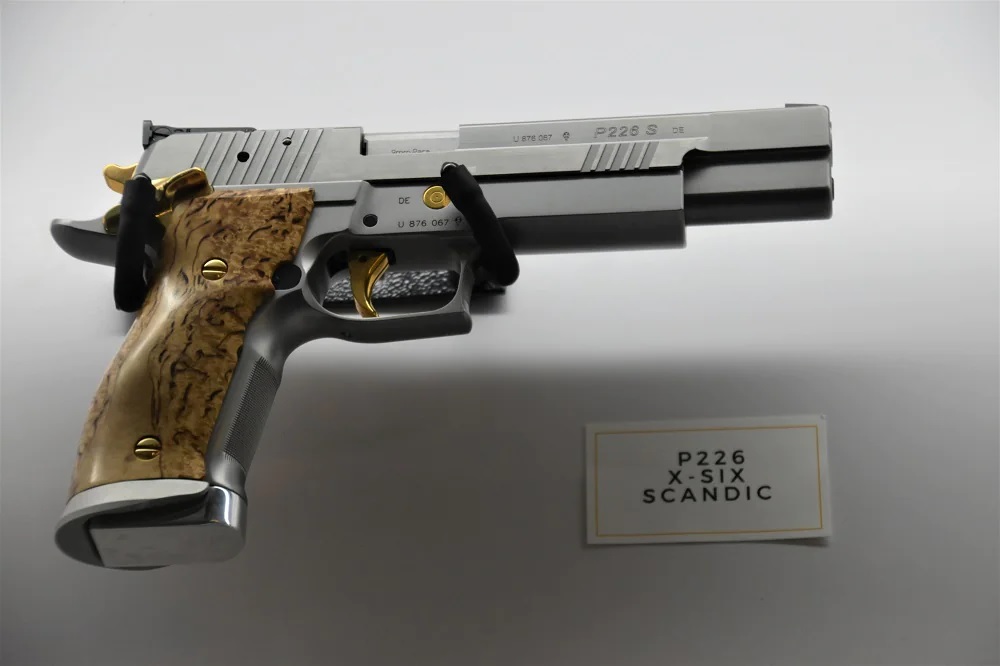 Well, that all changed this week when good old New Hampshire-based SIG announced they now have an updated XFIVE with either custom Hogue Cocobolo or Hogue H10 Piranha grips installed. The new guns, much like the old, still run a 5-inch bull barrel with a stainless steel frame and slide. New is an adjustable Dawson-style rear sight plate that can be removed to direct-mount a SIG Romeo 1/2, or any other optic using the standard Delta Point Pro/RMR footprint. A fiber-optic front sight is standard as is an M1913 accessory rail and an alloy magwell. 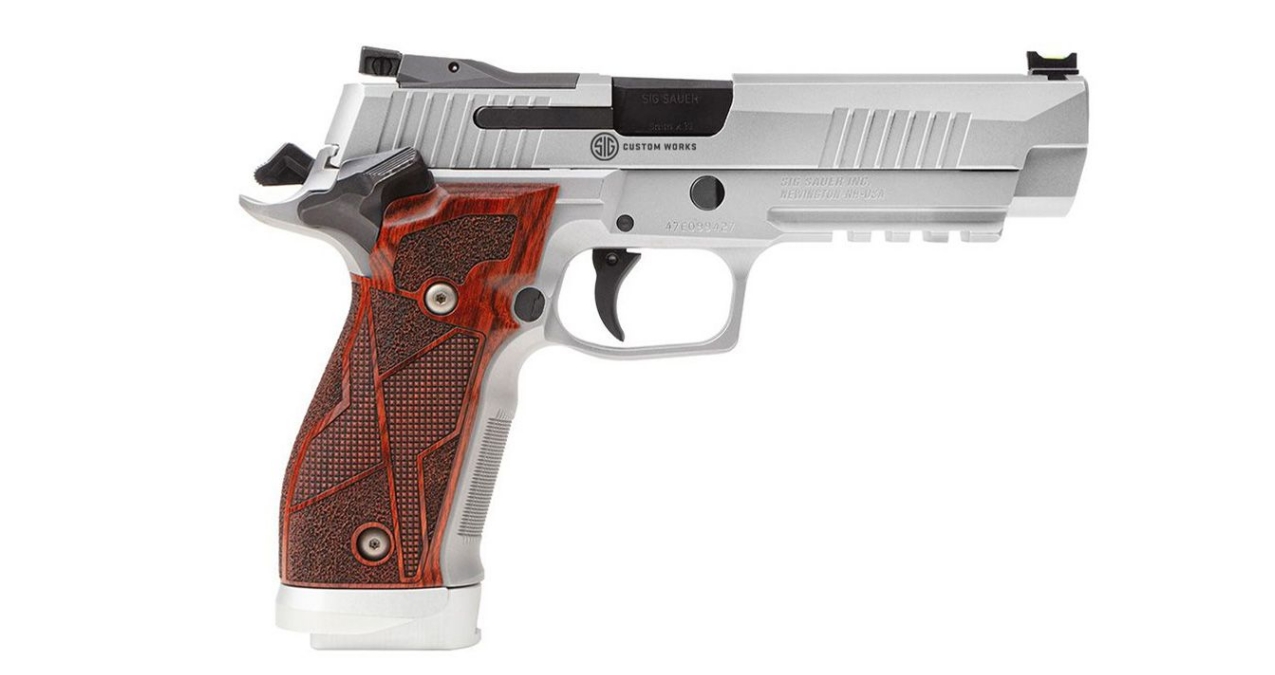 And they still look great…

I’ve met world champion 3-Gun competitor Daniel Horner on several occasions and can vouch he is one heck of a nice guy in addition to being an amazing shot. With that being said, New Hampshire-based Sig Sauer this week announced the new DH3 (give you three guesses what “DH” stands for) competition platform in its M400 rifle series.

The M400 DH3 rifle is a Sig Direct Impingement aluminum frame rifle with a Cerakote Elite Titanium finish and DH3 fully-adjustable competition stock. Standard from the factory is a two-stage adjustable Timney Daniel Horner signature trigger and a 1:8-twist 16-inch fluted stainless .223 Wylde-chambered barrel with a three-chamber compensator for recoil mitigation. Other features include a low-profile 3-gun handguard with M-LOK slots, and ambi controls, including bolt catch/release, charging handle, and selector switch.

Horner, considered one of the top multi-gun and 3-gun shooters in the world with over 125 championship titles at the world, national, regional, and state levels to his name, has been wearing Team SIG’s colors for the past couple of years, and it is in this collaboration that the M400 DH3 was developed.

Plus it doesn’t look that bad…

The Commercial PDW contract, by its nature, needed to be filled by an off-the-shelf gun that was in current production. Sig introduced the .300 BLK-chambered Rattler in 2017 “at the request of elite military units” after a Request for Information was filed by SOCOM. The company then supplied a few to the country’s elite commandos for testing in February 2018. In a notice of intent to award published on May 19, 2022, it would appear those tests went very well. 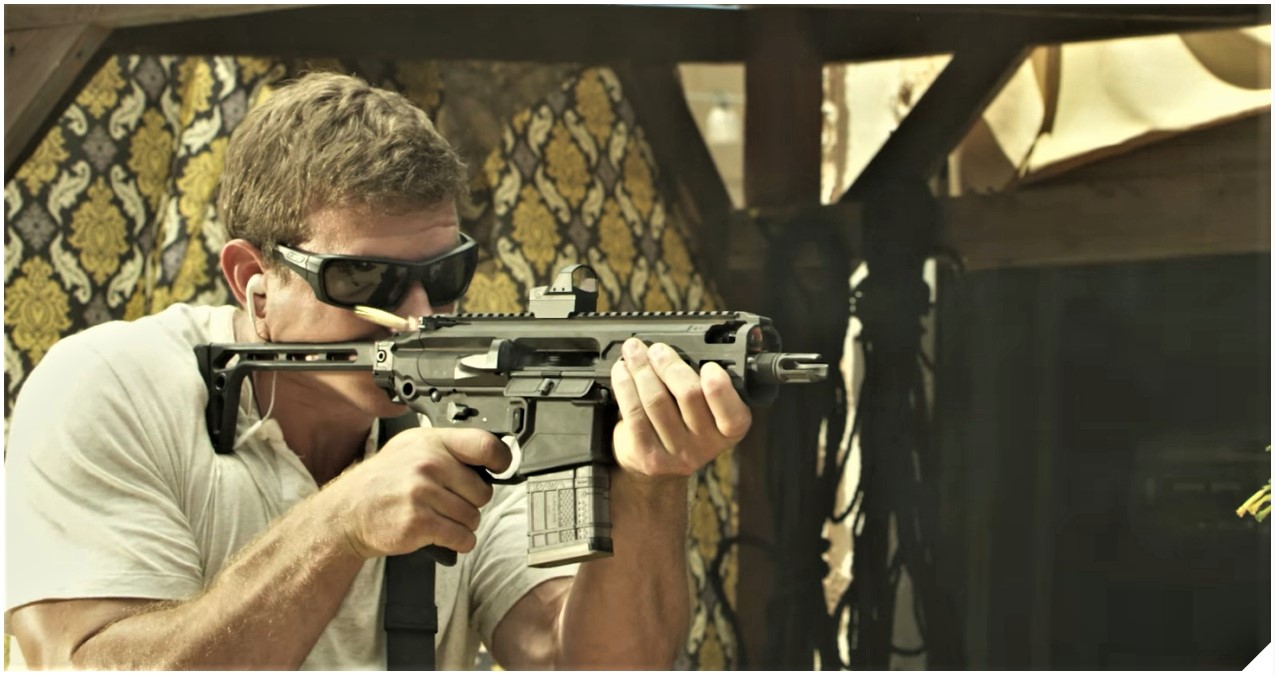 The SOCOM notice this month stressed, “The PDW system will allow Operators to have maximum firepower in a concealable weapon.” (Photos: Sig Sauer)

Both Spectre series pistols are 9mm striker-fired handguns that feature the all-new LXG Grip Module with laser engraving on all four sides, a deep trigger undercut, and extended beavertail. The Spectre slide has a distressed finish and custom lightening cuts. Both include XSERIES flat triggers, XRAY3 Day/Night sights, and optics-ready slides.

And they don’t look all that bad. 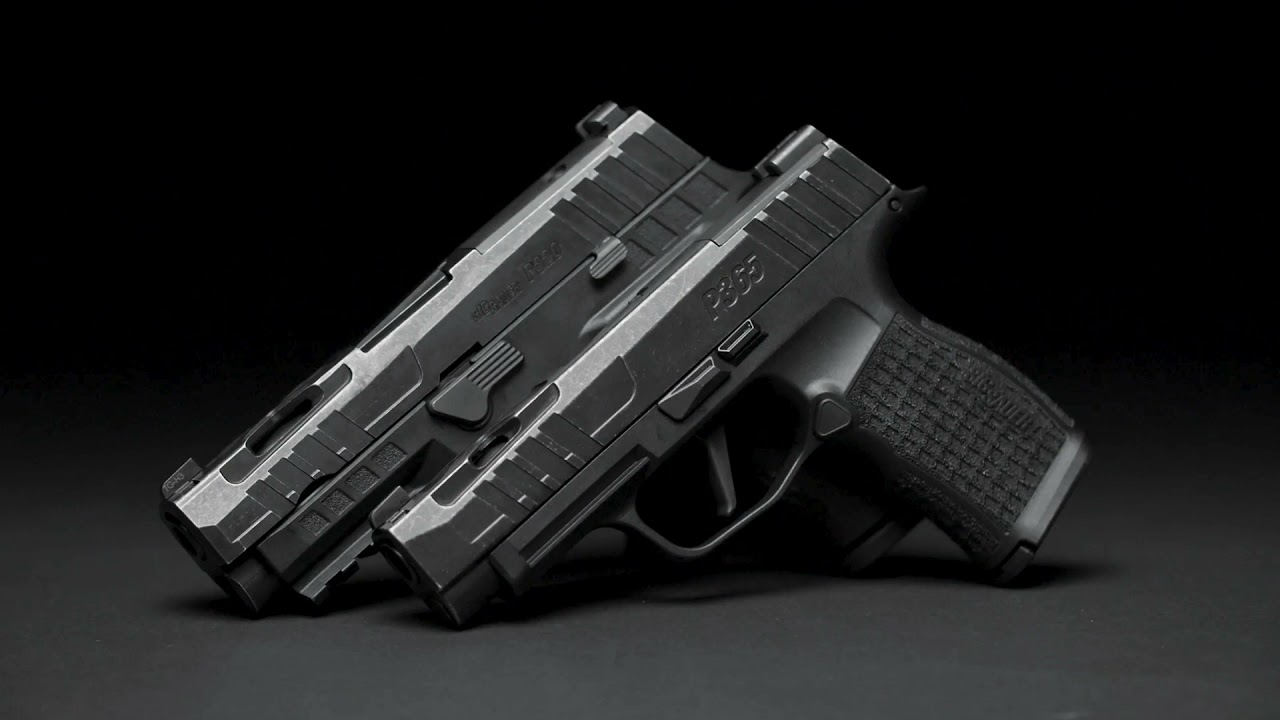 No, I am not talking about Metallica, I am speaking of the trend in modern handguns to “throwback” from polymer frames to something with a bit more rigidity. Walther did this a minute ago by taking their Q5 and later their Q4 plastic guns and marketing them in a beefier steel frame format.

Now, Sig Sauer has taken their P320 model, which has a serialized internal fire control pack that can be swapped out among many different polymer grip modules and introduced it in an upgraded model with an alloy frame akin to the old P220-225-226-228-229 line. 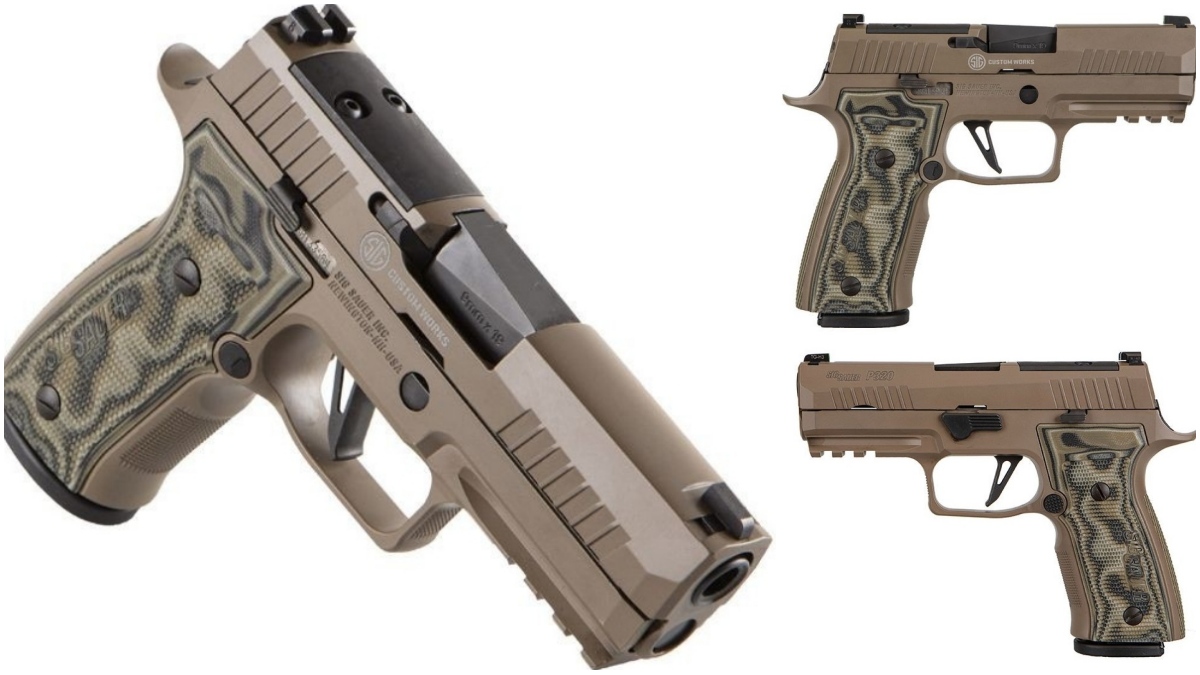 Notably, Sig had previously used an alloy frame on their presentation M17s issued to the watch sergeants of the Old Guard’s Tomb Sentinels.

45 Years Down the Road

In the late 1960s, Swiss arms maker SIG began working on a modern combat handgun, a double-action 9mm single-stack pistol, in an effort to replace the Swiss Army’s standard handgun, the Pistole 49, perhaps best known as the SIG P210 (SP47/8). The new model was successful and accepted as the Pistole 75 (P75) in 1975. 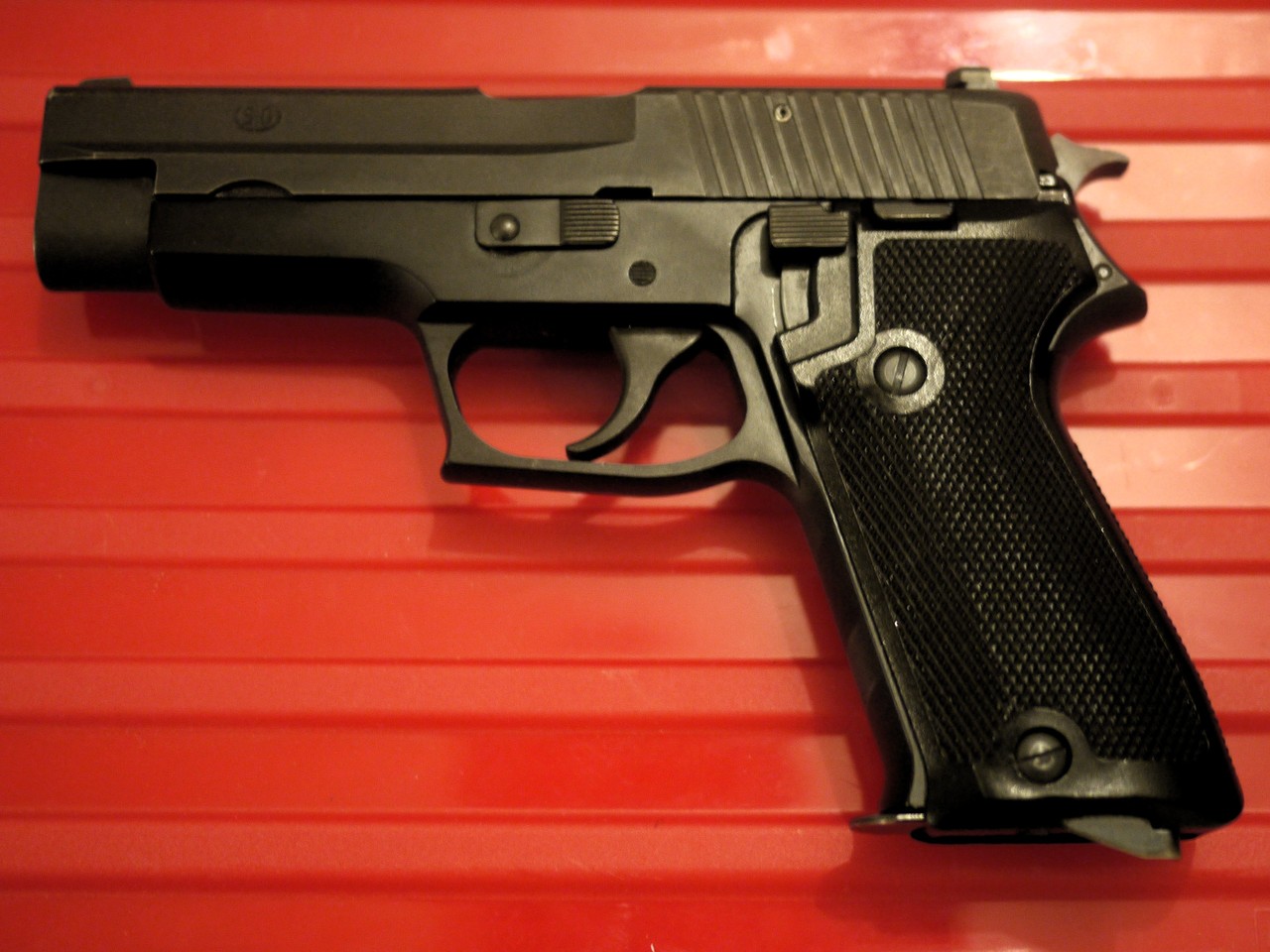 SIG then teamed up with West German gun maker J.P. Sauer and Sohn to produce the P75 in the FGR for easy overseas export as the Sig-Sauer P220.

These early guns were first imported into the U.S. by Browning, who branded them as the Browning Double -Action, or BDA. Offered in 9mm, .45ACP and .38 Super, it was pitched as a competition gun and soon appeared in the Bianchi Cup match. 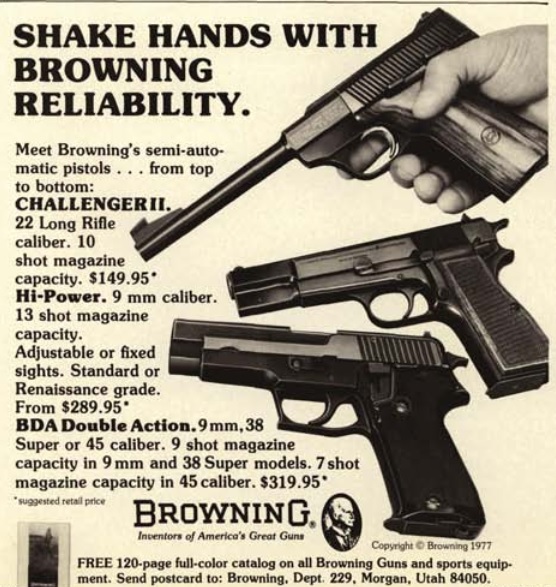 The gun was even reviewed in American Handgunner magazine in 1977, a magazine haunted by Col. Jeff Cooper, the man who would advocate for the 10mm Auto.

Now, fast forward to this week and the now-45-year-old P220 is available in a tricked out 10mm-chambered SAO model, which Cooper would likely approve of. 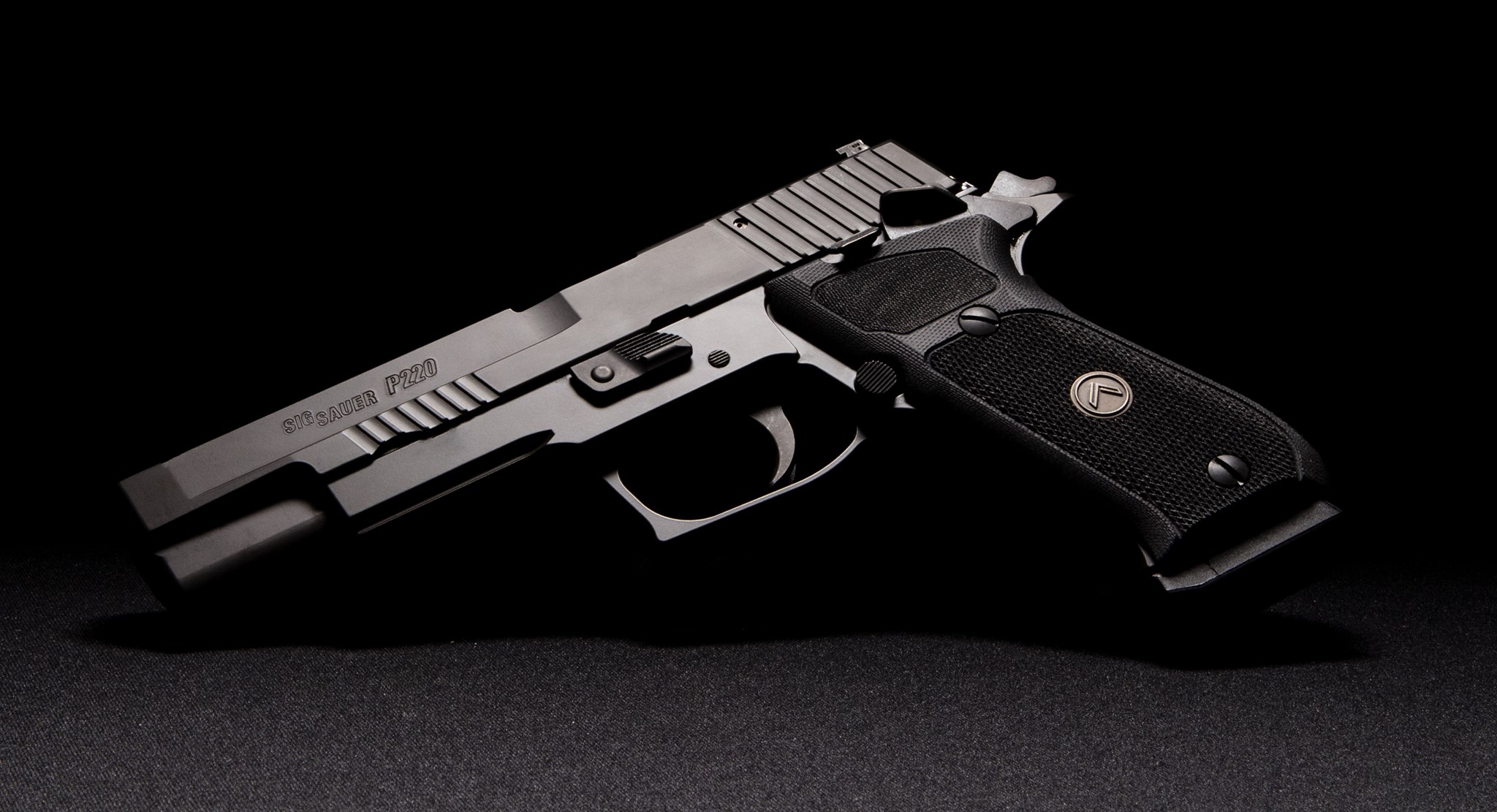 More on the latter in my column at Guns.com.

Meet the Copperhead, Sig’s attempt at an NFA-compliant SMG

An ultra-compact version of the MPX, Sig Sauer’s Copperhead variant is legally a pistol and is new for 2019.

Featuring a 3.5-inch barrel with an integrated muzzle brake, the 4.5-pound Copperhead comes from the factory with a two-position pivoting brace that Sig advertises as contouring and adapting to the movement of the shooter’s arm. Finished in FDE Cerakote E190, the pistol runs 14.5-inches overall with a top-mounted M1913 rail. 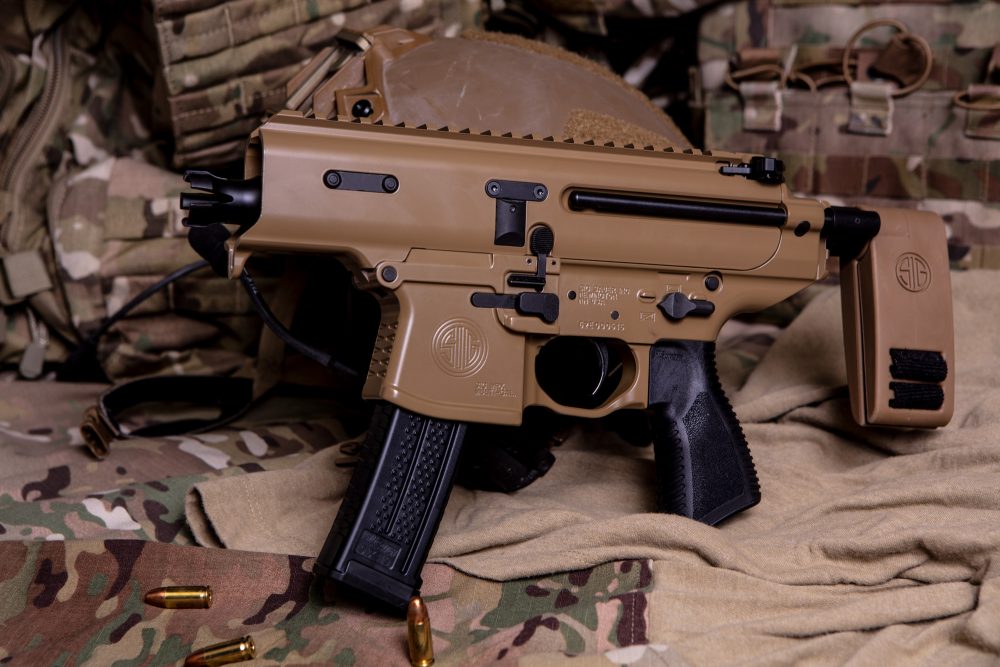 As Sig submitted a variant of their MPX series to the Army for the military’s request to field a new Sub Compact Weapon for use with personal security detachments last year, it is likely a safe bet that the Copperhead stemmed from the same train of thought, but as it is semi-auto and uses a brace, is primed for the commercial market.

It’s an escape gun that is just 3.5 inches longer than the super compact HK MP5K, and is chambered in hard-hitting .300 Blackout, which Sig bills as still being accurate and dangerous in the platform out to 200m– something that a 9mm just isn’t. Thus, Sig says the new gun, likely aimed at a contract hinted at earlier this year for SOCCOM, gives “M4 ballistics in a subgun-sized package.” 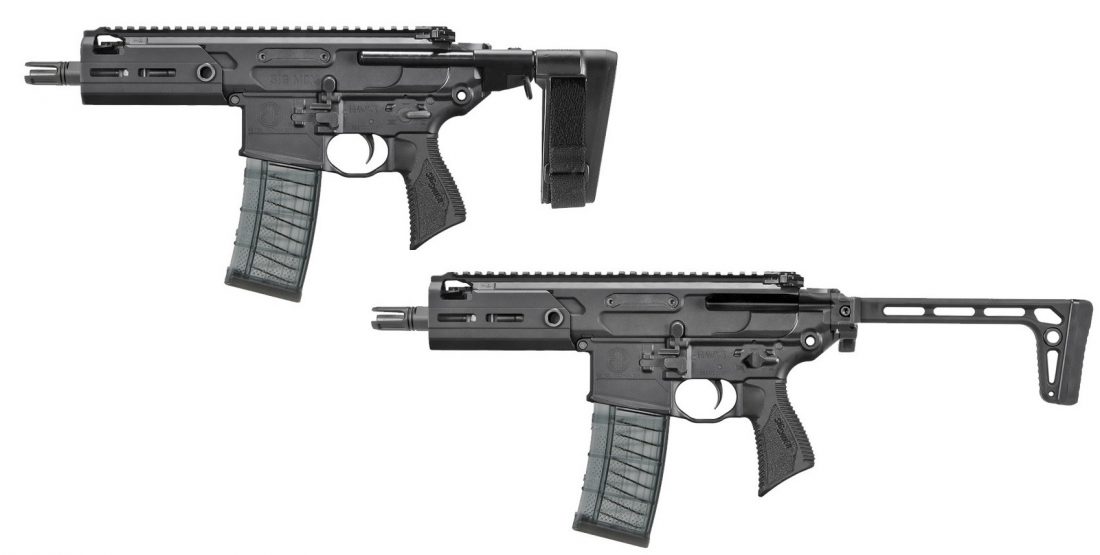 Released in both a pistol and SMG format, each model features a 5.5-inch PDW barrel with free-floating M-LOK handguards and top Picatinny rail. A gas piston design, the SBR uses a folding stock that gives the rifle an overall length of 16-inches when closed while the pistol has a telescoping 3-position brace that gives it an overall length of 19.3-inches at its shortest, which ironically is slightly longer than the rifle.

The rifle tips the scales at 5.7-pounds while the pistol is 5.1.