Meanwhile, in Crimea’s Kalamata Bay, a joint effort between the Russian Geographic Society and Russian Ministry of Defence has retrieved a gently-used Bell P-39 Airacobra from the bottom of the Black Sea.

Discovered at a depth of just 19 feet, about a half-mile offshore, the specimen joined the Black Sea Fleet in late 1943 as Lend-Lease and was lost in July 1944, piloted by one Lieutenant Vladimir Shishkin, who was able to swim ashore from his ditched aircraft, which he splashed down after the engine conked out.

Dubbed the Kobrushka (little cobra) by the Soviets, the aircraft was loved on the Eastern Front for its ability to operate from rugged strips and ticked up a great kill ratio against German attack and observation aircraft such as the slow-moving Stuka and Fw 189 Uhu while running ground support tasks.

Almost half of the P-39s and improved P-69s produced– 4,719– were sent to the Soviets, mostly flown and handed over warm via the Alaska-Siberia ferry route.

The Russians kept the type in service into the early 1950s, at which point the spares had run out and Washington wasn’t sending any more.

Bristling with 20mm and 37mm cannon, .50 cal machine guns and torpedoes, the 80~ foot long plywood wonders that were WWII mosquito boats were pound for pound one of the stoutest warships ever to serve the Navy. 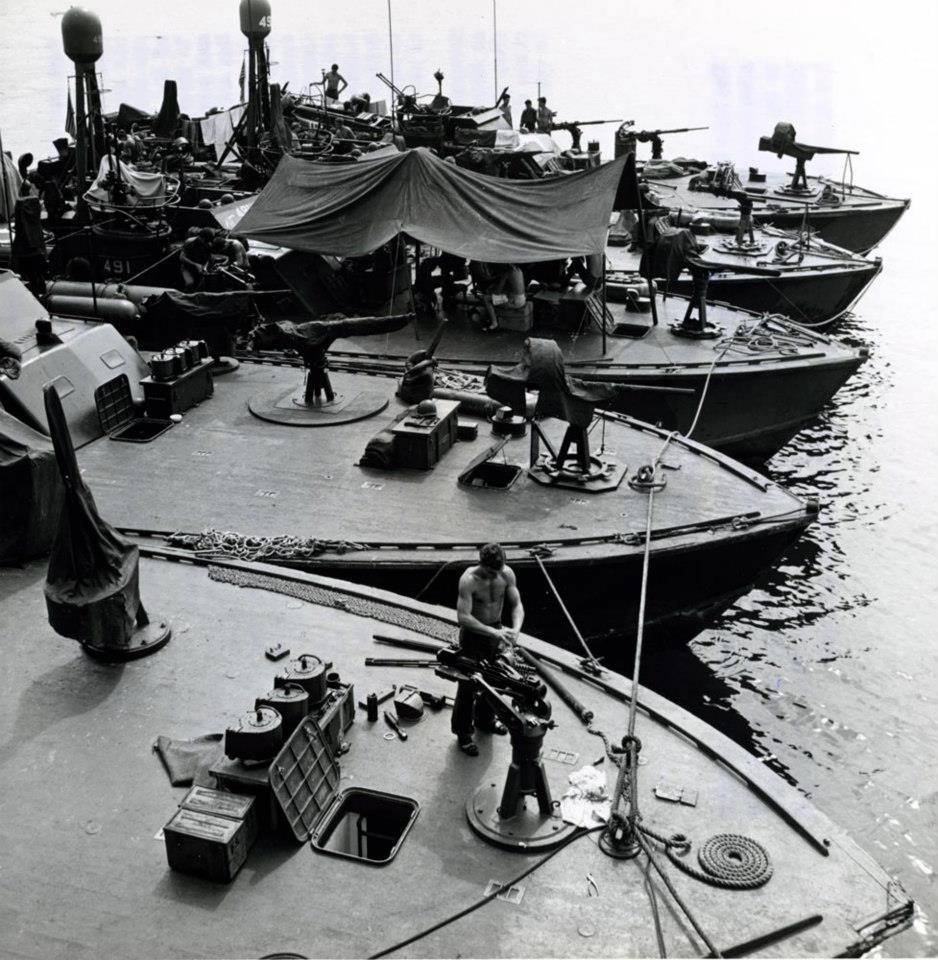 Secured to their tender, five PTs float in the calm waters of the Pacific as they are refueled and given rudimentary repairs. The brief recess from the wars is a boon to the officers and men of the PT unit as well. A group of them is gathered under the canvas “canopy” on the center boat, circa early Summer 1945. In the foreground, a crewman gives a gun the check-over.

The Elco boats look to be those of Motor Torpedo Boat Squadron THIRTY THREE (PTRon 33) under the command of Lt. A. Murray Preston, USNR. They served at Aitape, New Guinea; Morotai in the Halmaheras; and San Pedro Bay and Panay in the Philippines.