Via the USS Kid Veterans Museum: 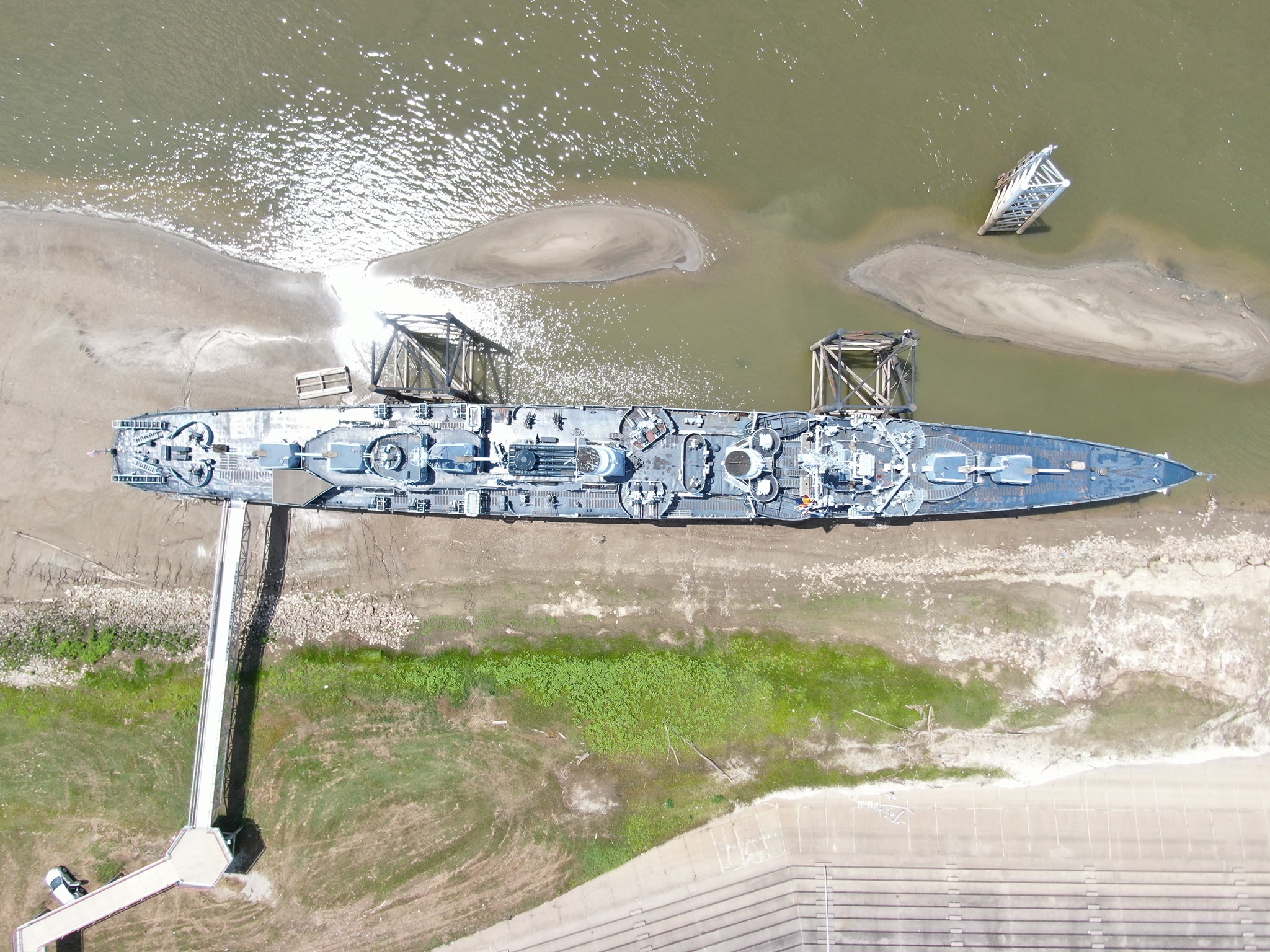 USS KIDD (DD-661) at rest in her cradle in downtown Baton Rouge, LA, USA, where she now serves as a museum — August 2021 (Photo copyright Hunter Svetanics; used by permission)

An early Fletcher-class destroyer named after RADM Isaac C. Kidd, who perished on the bridge of USS Arizona on December 7th, the “Pirate of the Pacific” earned 12 battlestars in WWII then continued her service in the Korean conflict and the Cold War. Her buccaneer moniker came from a giant figure of the famed privateer captain on her stack. Destroyer nose art, if you will. 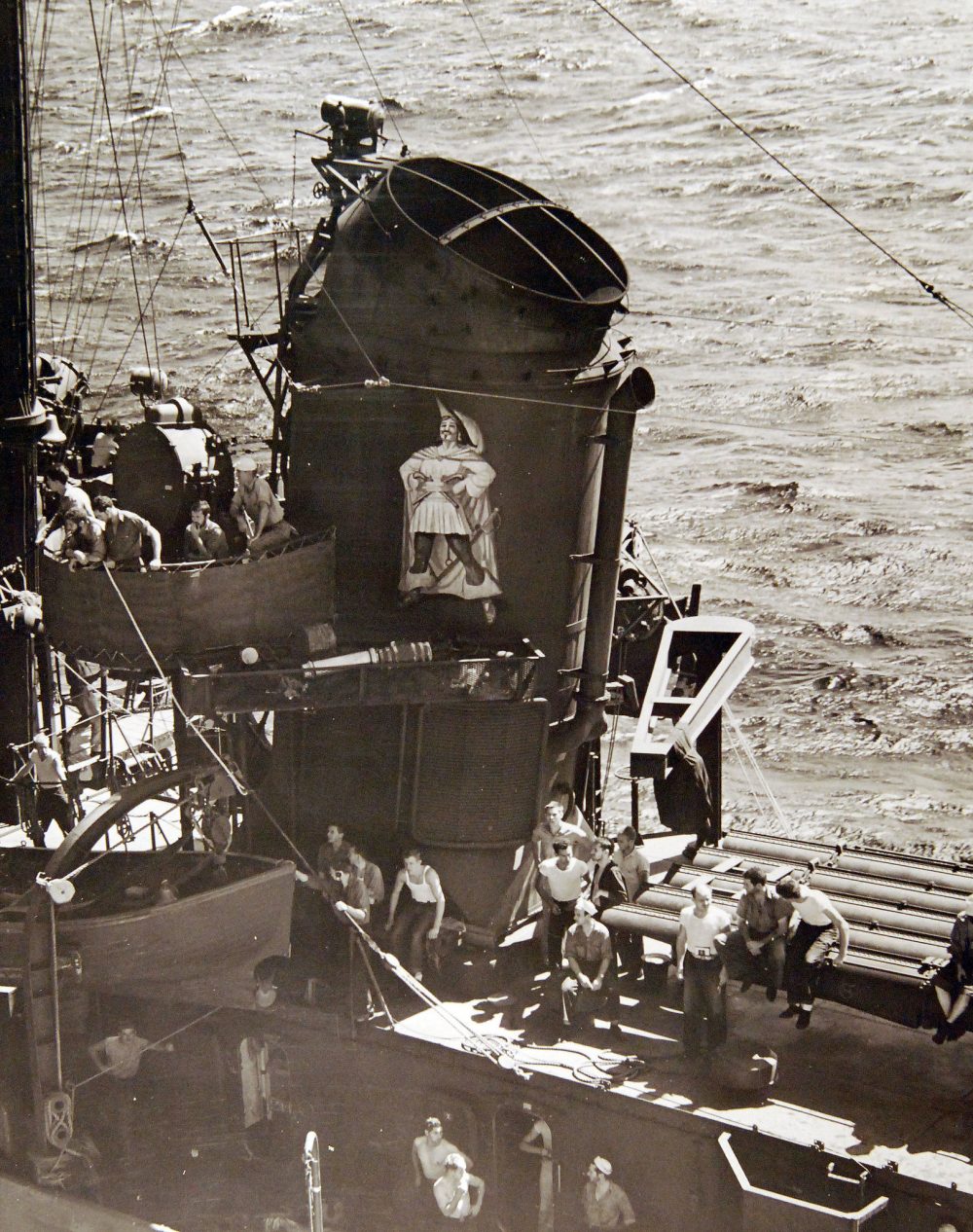 80-G-202517: “USS Kidd (DD-661), with an elaborate figure of the famous pirate captain painted on the smokestack, the destroyer keeps a fighting name sailing the high seas.”

After languishing on red lead row for almost two decades, she was one of three Fletcher-class tin cans set aside by the Navy– but the only one left largely in her WWII configuration (i.e., not FRAM’d)– and has been a museum in Baton Rouge since 1982. 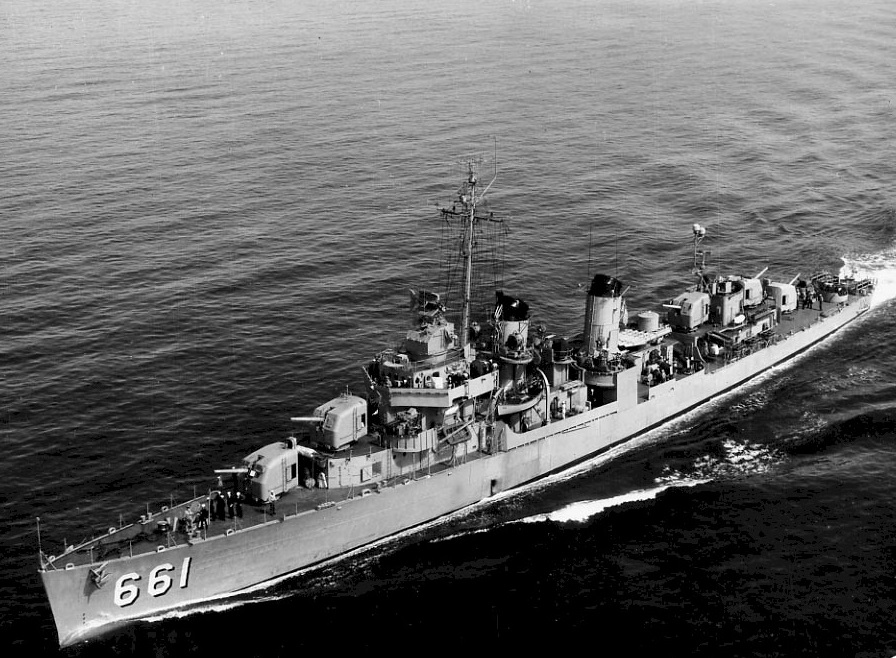 USS Kidd (DD-661) underway at the time she was recommissioned for Korean War service, circa March 1951. This image was received by the Naval Photographic Center in December 1959, but was taken much earlier. Note that the ship still carries World War II vintage radar antennas and is otherwise fitted as she was in mid-1945. Official U.S. Navy Photograph, from the collections of the Naval History and Heritage Command. Photo #: NH 107198.

She is so well preserved that she served for the topside footage of the fictional USS Keeling in the recent Tom Hanks film, Greyhound, which is sadly trapped on AppleTV.