Back at the hottest part of the Iran-Iraq Tanker War in 1987-89, Operation Prime Chance saw Army Little Birds and AH/OH-58Ds “Sea Cavalry” of Task Force 118 deploying from FFGs and two leased Brown & Root crane barges dubbed Mobile Sea Base Hercules and Mobile Sea Base Wimbrown 7. Set up in the Northern Persian Gulf, the latter supported eight MkIII 65-foot patrol boats and an array of Army AH-64D Longbow Apaches and Navy Seahawks for C-SAR while they were protected by Marine air defense units to pop interloping low-flying tangos. 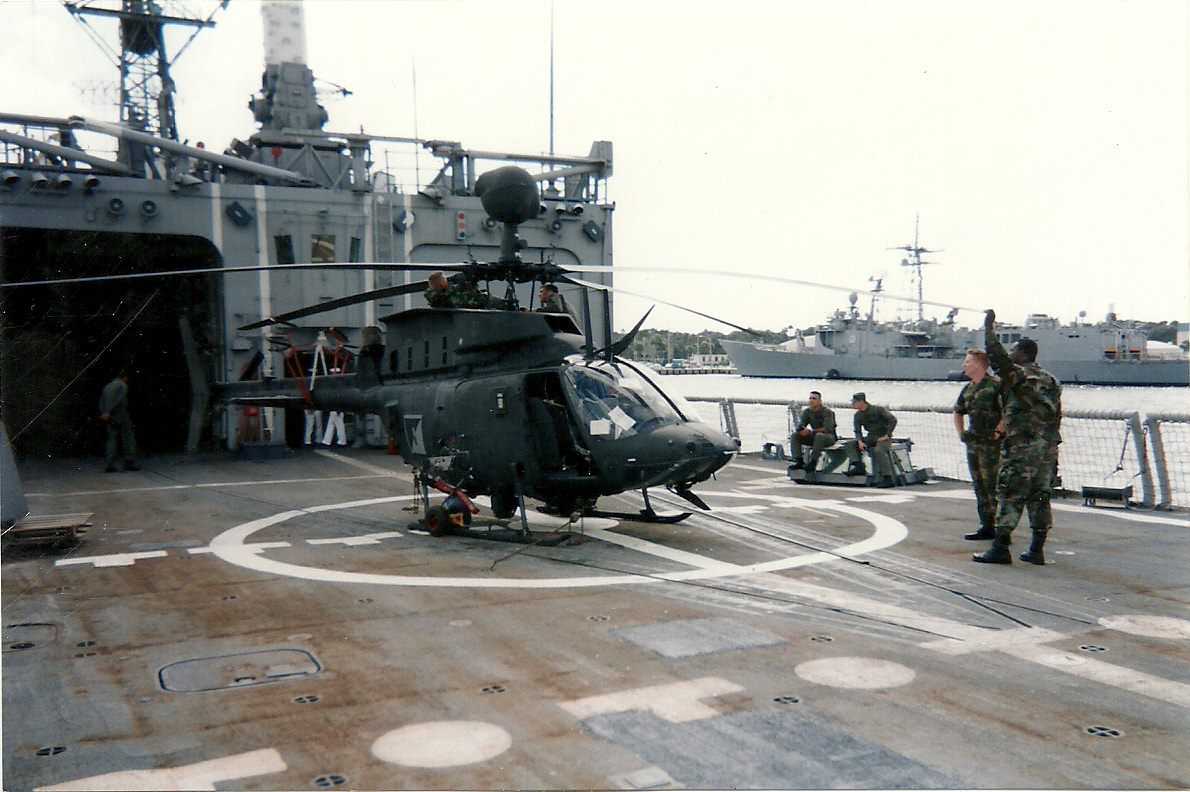 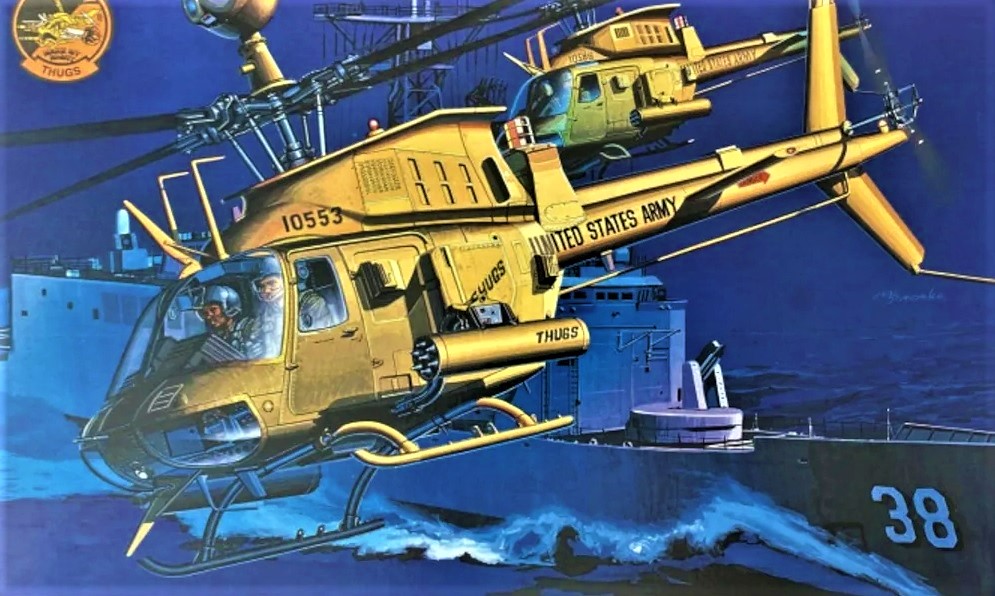 Fast forward to today and Joint Task Force-Bravo, part of 4th Fleet/SOUTHCOM, this week posted these images of Army UH-60s conducting deck landing qualifications with the USS Billings (LCS 15) while some 50 miles off the coast of El Salvador recently. In all, 14 pilots and 14 crew chiefs accomplished the deck landing qualification. The training was conducted using four Black Hawk UH-60L helicopters of 1st Battalion, 228th Aviation Regiment (1-228) equipped with pylon systems. 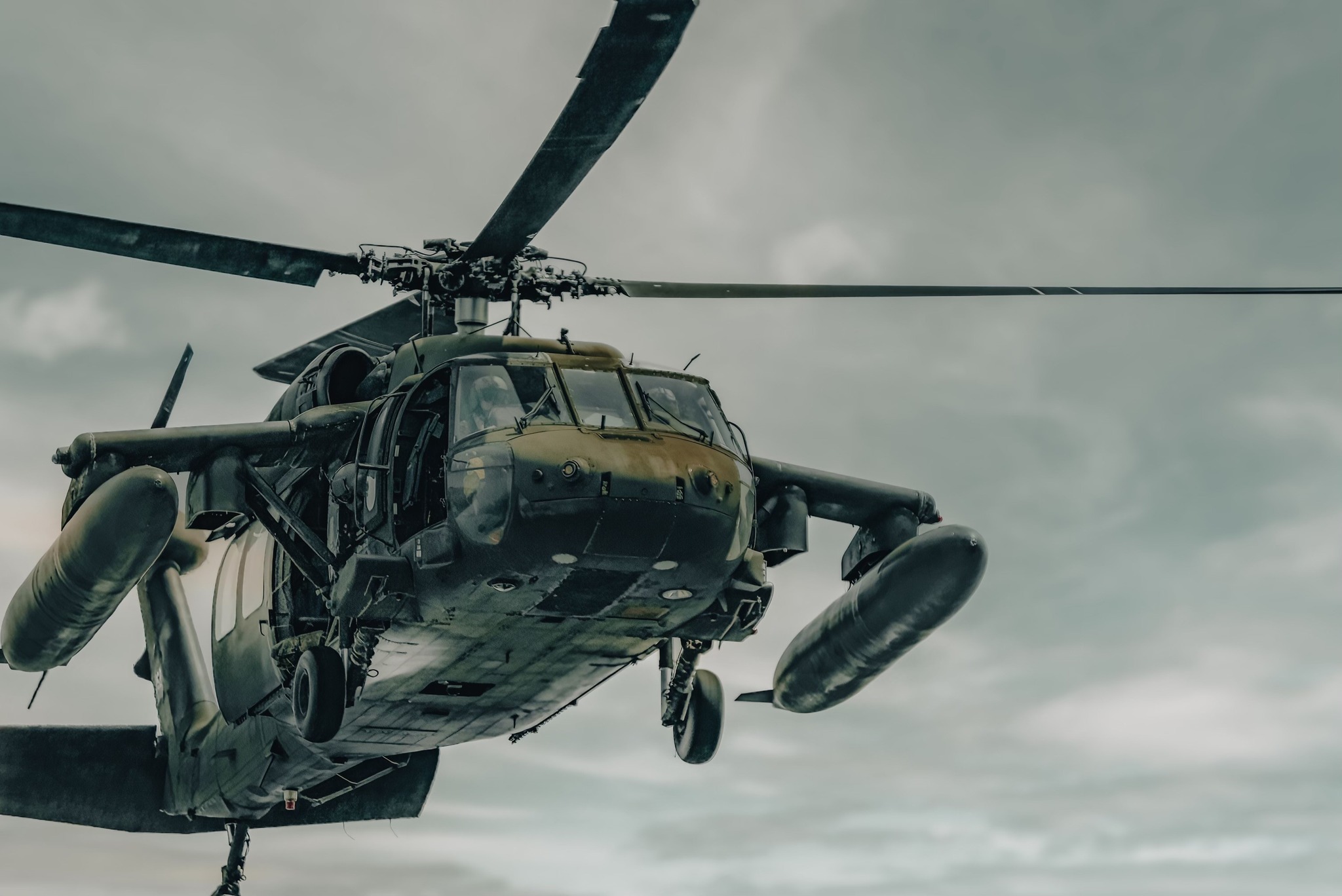 Of course, this shows the utility of the LCS platform as a forward arming and refueling point and mothership just outside of shore fires while the vessel carries a modicum of self-protection capability, at least against a Third World adversary.

The training took place approximately 50 miles off the coast of El Salvador and involved five landings by each crew across two-days of training. The deck landing capability is somewhat unique for U.S. Army aircrew who primarily operate over land.
“The capability to be ready when called upon for over-water mission support is critical in Central America,” said U. S. Army Lt Col. Charles Hall, commander, 1st Battalion, 228th Aviation Regiment. “The skills and confidence these aviators gained through our Joint relationship with the Navy extend our capability to support our Central American partners in the region we live and operate.”

While the LCSs are controversial, it is precisely this type of (wait for it) littoral contingency operation the vessels were intended for, and the Freedom-variant, with its trimaran hull, low signature, shallow draft, and large helicopter deck excel at.

Typically, the Freedom-variant LCSs have been deployed in the past couple of years with an integrated combination of a single multi-mission MH-60S Knighthawk helicopter and two radar-capable MQ-8B Fire Scout drones along with five pilots, four aircrewmen, and 16 maintainers.

As the Fire Scouts can remain airborne for 5 hours at a time up to 100 miles away from the host, and carry a day/night day real-time ISR target acquisition and maritime search radar, they can prove a powerful force modifier that the old Prime Chance crews would have loved.

The more capable MQ-8Cs, which are coming online, have double the range and endurance as well as a Leonardo AN/ZPY-8 (Osprey) radar system, giving it better “eyes” than the MH-60S.

Ironically, based on the Bell 407 airframe, the MQ-8C series is, at its heart, the same aircraft that the Army used as the OH-58D Kiowa Warrior which was used in Prime Chance/Desert Storm from the deck of Navy FFGs. It will be nice when the Charlie models start carrying ordnance.

Back at the hottest part of the Iran-Iraq Tanker War in 1987-89, Operation Prime Chance saw Army SOAR Little Birds and OH-58s deploying from FFGs as well as two leased Brown & Root crane barges dubbed Mobile Sea Base Hercules and Mobile Sea Base Wimbrown 7. Set-up in the Northern Persian Gulf, the latter supported eight MkIII 65-foot patrol boats and an array of Army AH-64D Longbow Apaches, Navy Seahawks for C-SAR while they were protected by Marine air defense units to pop interloping low-flying tangos.

Fast forward to 2020 and the concept is fully fleshed out some 30 years later with the 78,000-ton purposely-built expeditionary mobile base vessels of the USS Lewis B. Puller (ESB-3) class.

USS Lewis B. Puller (ESB 3) employs a flight deck for helicopter operations. ESB 3 is able to carry at least four MH-53E helicopters or five Twenty-Foot Equivalent Unit Military Vans and still have room to maneuver and store other equipment.

Puller has a dozen weapon stations (think M2 .50 cals) to protect against small boats, and the ability to support at least four CH-53-sized helicopters and 300 mission crew.