Fairly Well Preserved Ammo for 50 Years in the Drink

Vietnamese media recently reported on a pile of vintage small arms ammo that was recovered from the mud of the Tiền River that looks like it just came from the factory.

Local media showed members of the Vietnamese Army inspecting the ammo, reportedly illegally salvaged from the river near Thuong Phuoc on the Cambodian border and confiscated by Border Guards. It has been underwater for decades, purportedly in a deep-sixed PCF, perhaps one that was put there in 1975 by its ARVN crew during the final days of the regime.

The fact that it was in fresh water and likely covered by a layer of mud surely helped but either way, you have to hand it to the quality of those green ammo cans, much of which likely dated to WWII anyway.

While you may know of today’s standard U.S. Army infantry rifles, and those of the 20th Century, how about those present at Lexington and Concord or the line of Springfield muskets from 1795 through 1865? What came after?

For all this and more, check out the easy 2,000-word primer I did for this last weekend at Guns.com. 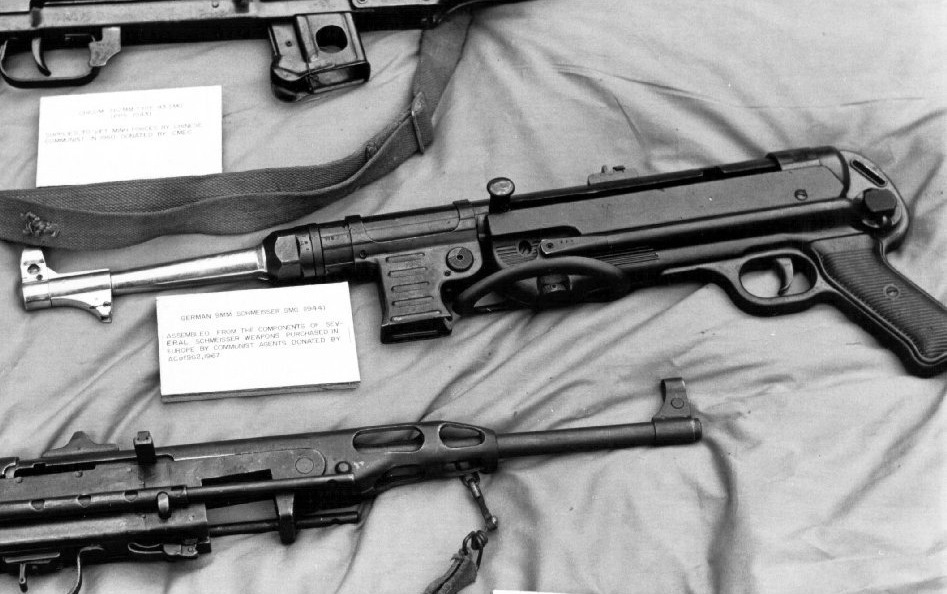 Posted on October 11, 2019 by laststandonzombieisland 2 comments 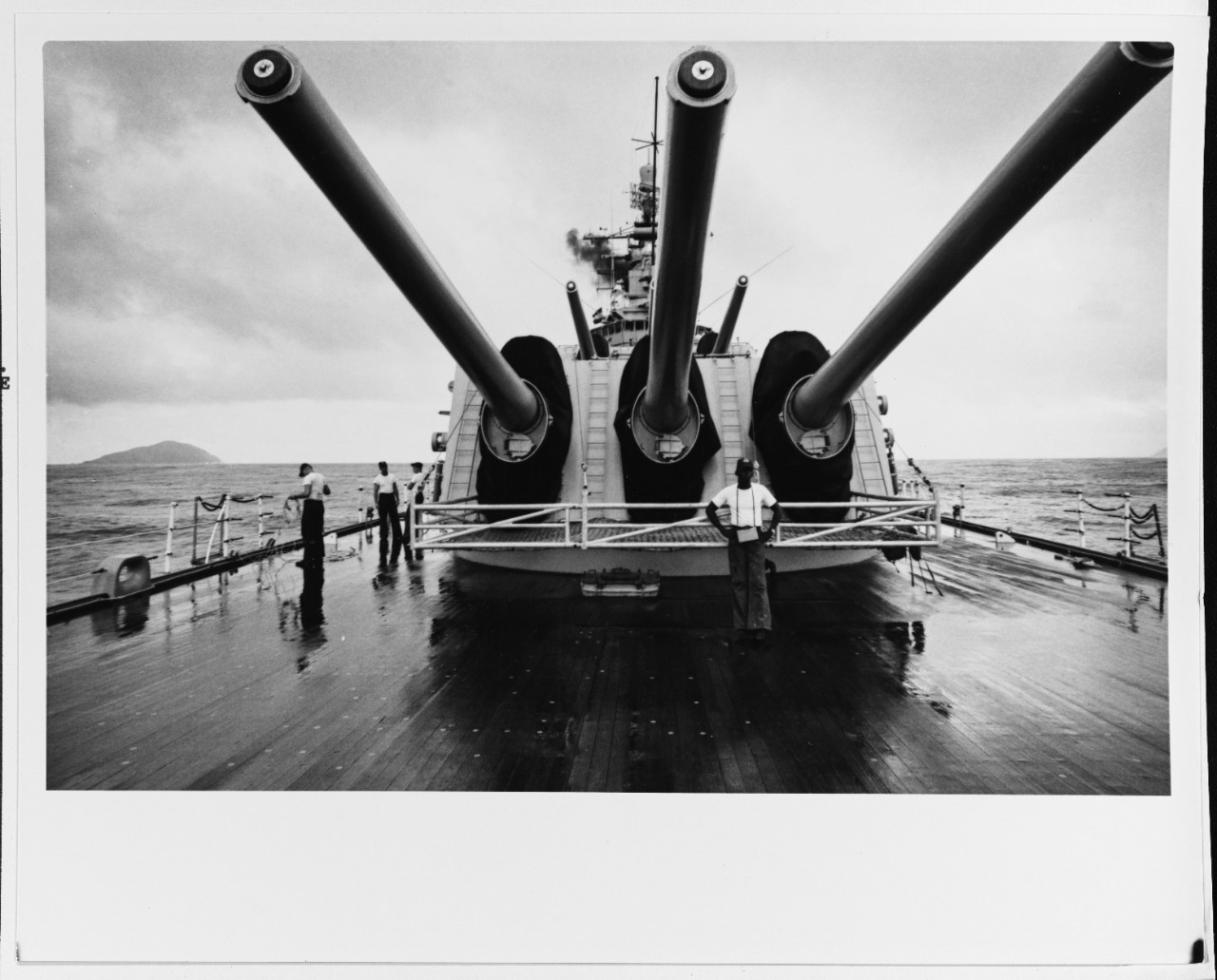 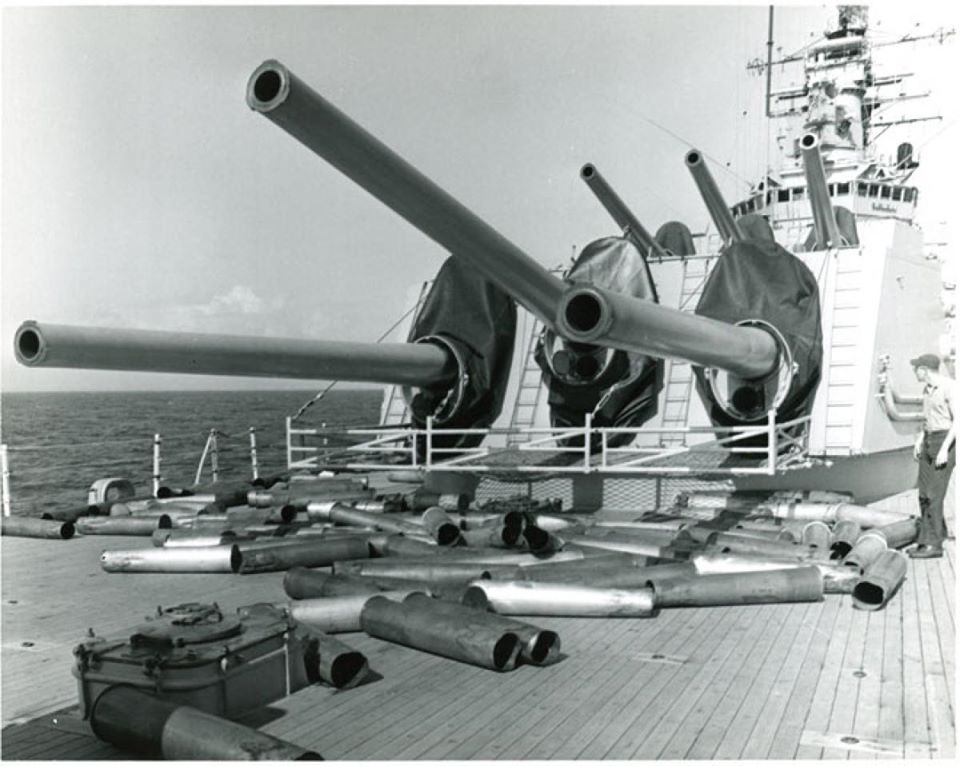 Newport News would return to Yankee Station two more times before she was decommissioned in 1975, the last all-gun heavy cruiser in US service. She was scrapped in 1993.

A tale of two soles

Sometimes, an idea sounds so good that it just won’t go away no matter how bad it is.

Below, I give you a pair of overshoes designed for Special Operations Executive (SOE) agents operating in South East Asia during the Second World War. They were intended to disguise footprints to fool the Japanese as, if they saw a big ole European bootprint in the jungles of Burma, Indochina etc, it would give away the fact that the Allies were poking around in the rear. The soles did not work very well in practice, however, as they were still very big, and awkward to use, akin to snowshoes. 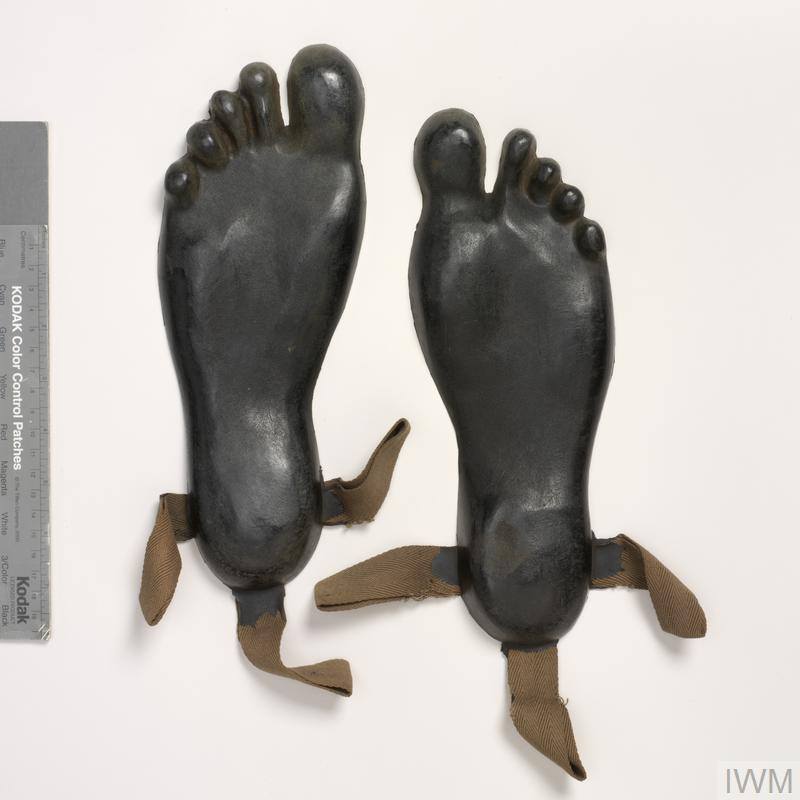 Fast forward to the MAC-V-SOG groups of U.S. Army SF guys working behind the lines in VC country in the 1960s and I give you boots designed to leave traces that look like footprints of peasants and to hide the movements of the teams. They proved instantly unpopular because they provided no heel support and made walking a jungle trail on your tip toes very awkward, especially when you are trying to avoid contact with unfriendlies. 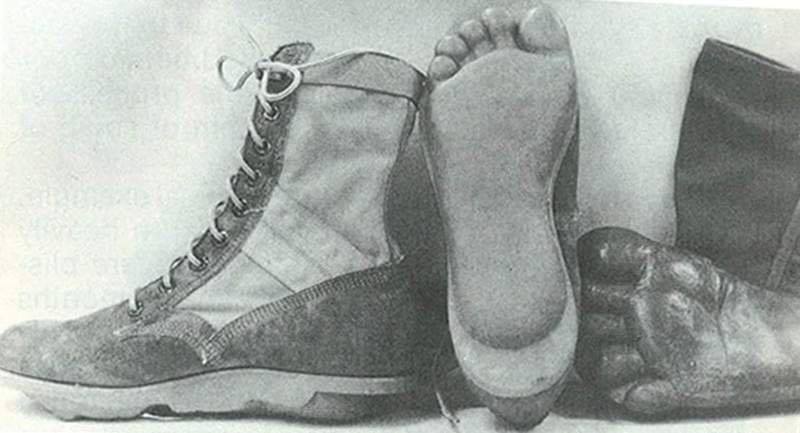 The ‘Morg goes ‘back home’ (to Vietnam)

Morgenthau off Governors Island in New York Harbor circa 1970. Note the 5″/38 DP forward and the WTC in the background.

USCGC Morgenthau (WHEC-722), a 378-foot high endurance cutter, was commissioned in 1969 and, after nearly a half-century of service, including action in the Vietnam War, numerous major drug interdictions, law enforcement cases, and a variety of noteworthy rescues was taken out of U.S. service at Honolulu in April. Now, renamed CSB 8020, she was commissioned into the Coast Guard of Vietnam where she will continue her traditional mission under a red flag.

“This cutter provides a concrete and significant symbol of the U.S-Vietnam Comprehensive Partnership,” said U.S. Coast Guard Rear Adm. Michael J. Haycock, assistant commandant for acquisition and chief acquisition officer, in a statement. “The Coast Guard is honored to see this vessel continue to preserve global peace and prosperity as a part of the Vietnam coast guard.”

As part of Operation Market Time, Morgenthau was very active in the Vietnam War, conducting support for coastal patrol craft, naval gunfire support, and patrol duties off the coast of Vietnam in 1970-71. During her period in Market Time, she delivered 19 naval gunfire support missions on targets ashore, inspected 627 junks and sampans, and cruised 39,029 miles on patrol. In total, she fired 1,645 rounds from her main 5-inch gun, destroying 32 structures and 12 bunkers ashore.

Her crew also sank an armed North Vietnamese SL-8 trawler in a night surface action while it was trying to infiltrate the South Vietnam coastline.

Morgenthau later made Coast Guard history by being one of the first ships to have gender-integrated crews and captured a number of drug runners on the high seas. In short, she had an extensive and celebrated career.

The cutter was transferred in conjunction with an additional six smaller 45-foot patrol boats this week as tensions in the South China Sea between China and her neighbors escalate and Vietnam is now counted as a key U.S. ally in the region. 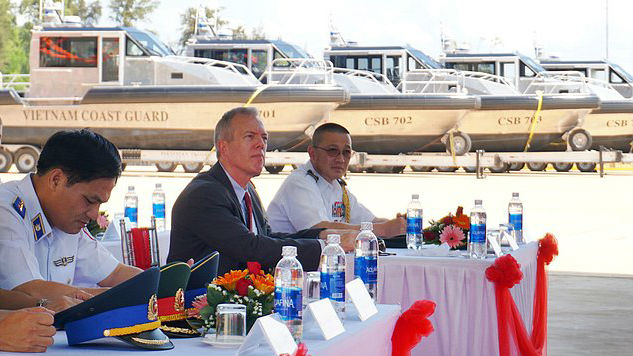 This is not the first time the U.S. has helped rebuild the navies of former enemies. Among the first ships of the new Japanese and German fleets in the 1950s in the aftermath of World War II were loaned former U.S. Navy vessels.

While some say competitors range from the Saab JAS-39E/F Gripen NG, Eurofighter Typhoon, Boeing F/A-18E/F Super Hornet and South Korea’s F/A-50 lightweight fighter, how much do you want to bet they may get 100 gently refirb’d surplus F-16C/Ds fresh from the boneyard.

Heck, we are using the F-16A/Bs as target drones at this point. 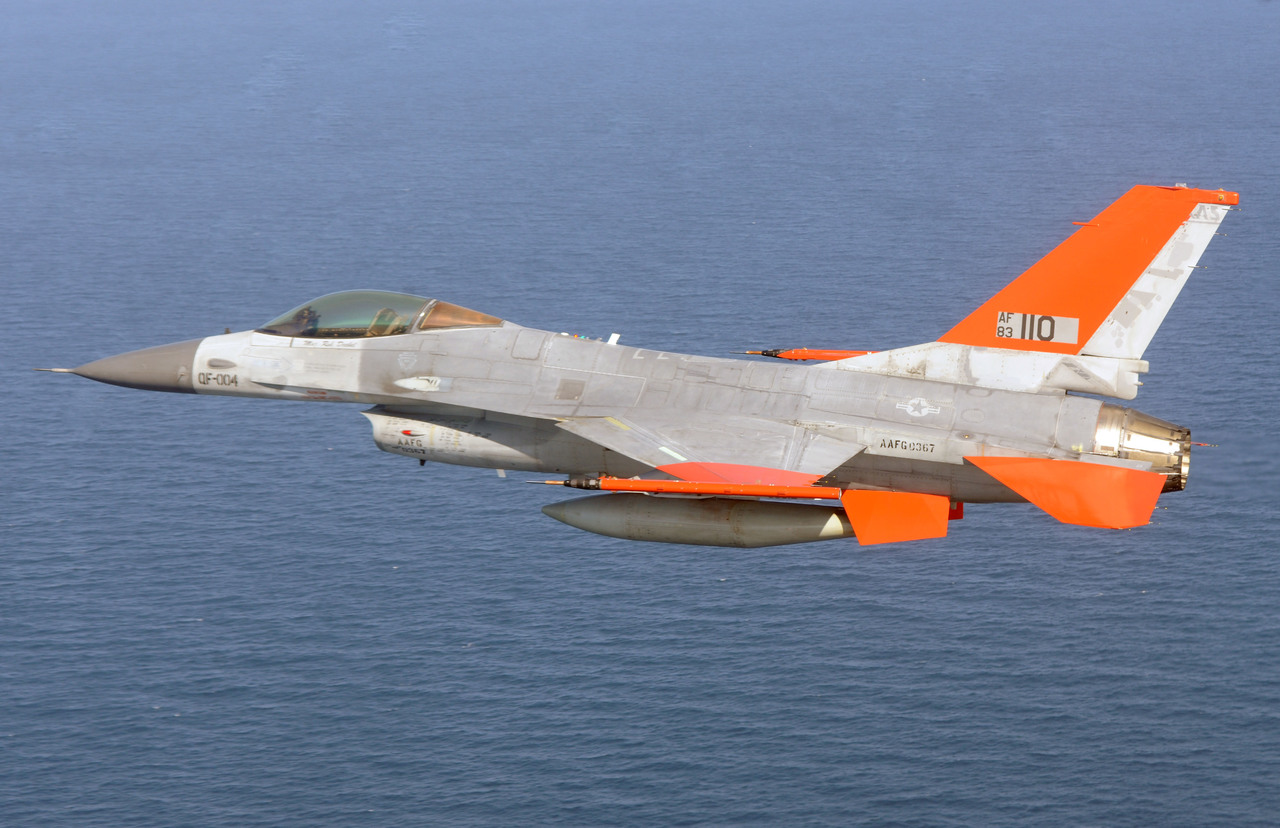 A QF-16 Full-Scale Aerial Target from the 82nd Aerial Targets Squadron flies over the Gulf of Mexico during its first unmanned flight at Tyndall Air Force Base Sept. 19. The 82nd ATRS operates the Department of Defense’s only full-scale aerial target program. The QF-16 will provide a more accurate representation of real world threats for testing and training. (U.S. Air Force photo by Master Sgt. J. Scott Wilcox).