Remember, today is not about saving upto 20% on select merchandise

In November 1919, President Wilson proclaimed November 11 as the first commemoration of Armistice Day with the following words

To us in America, the reflections of Armistice Day will be filled with solemn pride in the heroism of those who died in the country’s service and with gratitude for the victory, both because of the thing from which it has freed us and because of the opportunity it has given America to show her sympathy with peace and justice in the councils of the nations… 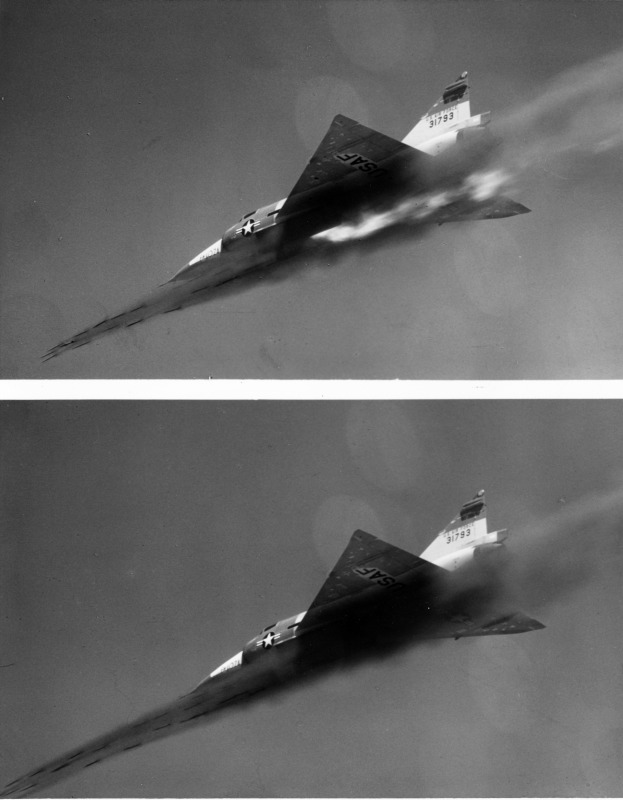 The world’s first supersonic, all-weather jet interceptor and the U.S. Air Force’s first operational delta wing aircraft, the F-102 used a very complex fire control system for the time, the Hughes MG-3/10 series, which would automatically fire the onboard air-to-air rockets and missiles. Besides the FFARs shown, the Dagger could carry a mix of a half-dozen semi-active radar homing (the AIM-4A Falcon) and infrared homing (the AIM-4C Falcon) guidance air to air missiles as well as the brutal AIM-26A Nuclear Falcon, which sounds like a classic Air Force weapon. 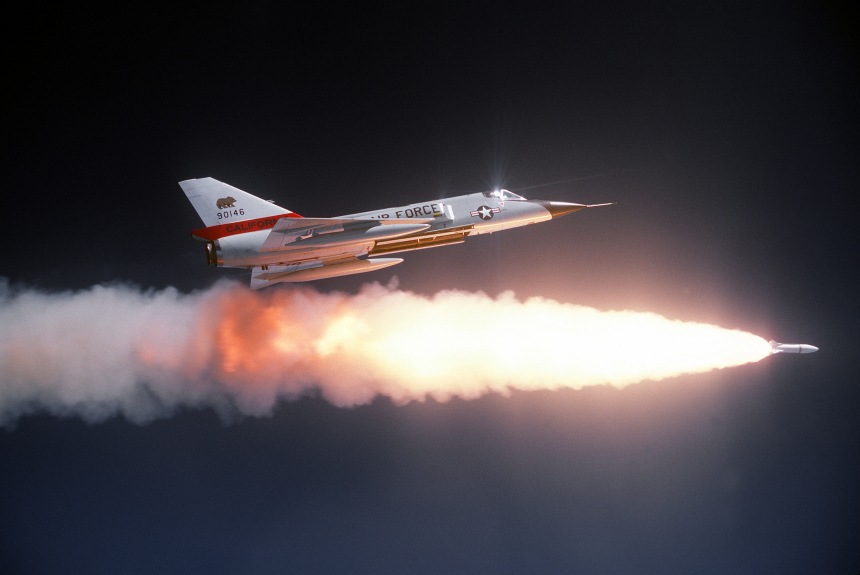 An air-to-air right side view of an F-106 Delta Dart aircraft after firing an ATR-2A missile over a range. An auxiliary fuel tank is on each wing. The aircraft is assigned to the 194th Fighter Interceptor Squadron, California Air National Guard. After 1970, most Darts were flown by the Air Guard in North American Air Defense roles

FighterSweep has an interesting piece up from a career Viper driver over why the USAF is throwing cash at pilots to keep them working for Uncle rather than move on to lucrative jobs in the airline industry and private sector. Apparently, Big Blue doesn’t get that its not a dollar issue, but one of swapping time at the throttle for time at the desk on collateral duties:

A few years ago, my father (a Cold War F-106 Fighter Pilot of the 1970s) asked me how my F-16 career was going. “Getting about four sorties a week?” he asked. I almost choked on my coffee if I recall. “Dad, I’m lucky to get one or two a week.” I replied. His obvious next question was “Why?” and after that “How can you be ready to fight?”

During his era Cold War pilots flew, trained, and did it again the next day. That was it. Do your job and protect America. You might sit alert on some days, but generally you would go fly and train in the air or maybe the simulator. If you were a USAF pilot in the 60’s and 70’s, you flew.

We don’t do that anymore I told him. In the modern fighter squadron we have endless non-flying taskings. I explained to him how I was in charge of the squadron’s plan to move to a new building next month, attending daily meetings and hacking out emails to various technicians and involved parties. It was up to me to ensure everything from cabinets, to communications, to toilet paper was ordered and ready at the new building.